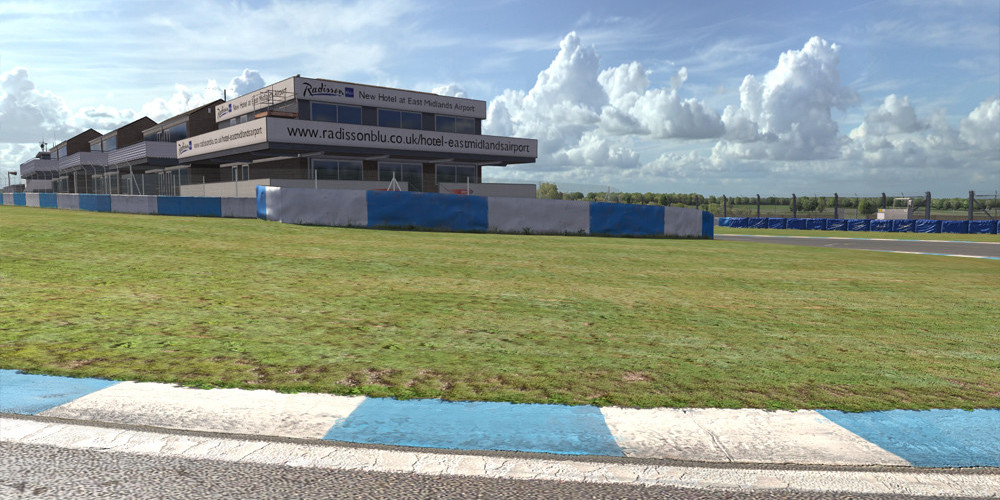 The first on-track action of the 24H SERIES ESPORTS championship will take place this Sunday with a day-long series of pre-qualifying sessions to set the grid for the upcoming season.

It’s the fifth time out of six seasons that NEO has used pre-qualifying to narrow the field of entrants, and this season, the event will go back to basics.

Gone is last year’s two-stage format that included one day of time trials and another with a multi-class race. Series director Niel Hekkens said that format failed to achieve its objectives of assessing both speed and clean driving.

“This two-stage process turned out to be ineffective and complex,” he said. “Looking at driving standards was pointless as the number of incidents increased significantly in the season.

“We decided to revert these changes to make the process more simple, objective, and clear. Driving standards are still important for us. However, this turned out to be a bigger issue and it is not easily solved in pre-qualifying.”

Instead of racing, this year’s pre-qualifying session is all about running as fast as possible while staying within the track limits.

Two drivers per team will each attempt to complete their fastest consecutive ten laps without any incidents.

Four two-hour qualifying sessions will be held throughout the day on Sunday beginning at 0800, 1200, 1700, and 2100 GMT. At each time, three separate sessions will be available — one for each car class on this season’s grid.

While it’s not quite Bump Day at the Indianapolis Motor Speedway, one rule adds an element of drama that could make teams sweat over any last-minute do-overs.

Only the final session of the day in which a given driver completes a run will count, so they’ll effectively be withdrawing their times from any previous session if they go out later in the day.

It’s a risky move, but it could be the difference between making this season’s 48-car grid and missing out.

For the first time in its five years headlining NEO’s pre-season, this weekend’s pre-qualifying session won’t be held at the virtual Silverstone Circuit.

Instead, Silverstone’s new-to-iRacing modern Grand Prix layout will move into the regular season with a December date on the schedule.

Another classic British venue will take its place. The 4-km Donington Park circuit will offer a shorter but still technically challenging layout to test teams and drivers hoping to make it into the inaugural 24H SERIES ESPORTS championship.

From the twisting, undulating Craner Curves to the quick right-handers at McLean’s and Coppice to the daunting Esses to the final two hairpins, Donington features a variety of corners and several straightaways that shouldn’t overly advantage any one make in the multi-car GT3 class.

“Donington was selected after discussions with various teams and drivers,” said Hekkens. “This track is shorter, which helps to close the gaps between the various cars in a class. Donington is a new track for us and hopefully, it will be more equal for the GT3 cars than Silverstone.”

With the GT3s lapping Donington in around 1 minute 26 seconds and even the new Audi RS 3 LMS TCRs in under a minute forty, ten laps will click off in a hurry. That should make for an action-packed morning, afternoon, and evening on Sunday.

A field of 74 hopeful teams and counting is set to vie for 31 grid slots, and as usual, the list of entrants includes some familiar faces along with some new-to-NEO names.

The GT3 class features the largest pre-qualifying contingent with an impressive 29 entries, and when considering the eight returning teams already registered in the class, it may be even tougher to secure one of the limited spaces on offer in this season’s top class.

Among big names fighting to make the GT3 grid, both Williams Esports and Williams JIM Esports are entered in the BMW Z4 while Sorg Rennsport Esports, the defending P1-class runner-up, will be in the Audi R8 LMS.

A few potential new teams to the grid hope that drivers with NEO experience can lead them there. Prologue React E-sport lists Vincenzo Amico and Filip Mitrevski from last season’s Torrent Motorsports GTE team in their lineup.

Lewis Goodway and Scott Brazier, formerly of Team Buschfink Racing, will hope for a NEO return with SIMMSA ISR Powered by Simplex Racing. And Marco Derix and Nick Thissen, both veterans with GoT Racing, will look to get NAB Racing’s Mercedes in the season-six field.

Like last season’s P2 class, the middle-of-the-field 991 class may be setting up for some surprises.

Sure, it has its share of pre-season favorites, including DV1 TRITON Racing and the Anders Dahl-led Burst Esport squad. Beyond that, though, any number of teams could put together a successful bid for the grid.

Alpinestars Geodesic Racing hope their second attempt at NEO pre-qualifying brings more success after missing the GTE field last season. Miguel Vigo and Brendan Cronin are tasked with getting their Porsche 911 GT3 Cup car up to speed at Donington.

The quick Polish pairing of Rafal Drzaszcz and Miroslaw Nastalczyk will attempt to get the GTL-Esport Team in the field, while a trio of Swedes — Henrik Lindoff, Robin Östlund, and Joakim Vennström — look to Scandinavian flick the GOTeam Racing entry into season six.

NEO’s newest car and class, the TCR, is already shaping up to be one of the most competitive ever in the series. Despite the short time teams have had to prepare since the car was released last week, the level of interest in the TCR doesn’t surprise Hekkens.

“The popularity of the TCR car was expected,” he said. “I read positive first impressions of the Audi and expect to see some great, and close, racing in this class.”

With 28 prospective teams entered in pre-qualifying, picking a favorite is almost impossible.

CoRe SimRacing, Team Chimera, and Vendaval Simracing all have NEO-winning experience in their lineups, while part of last season’s GTE champion team from ASTRO Gaming Altus Esports look to make the grid and join their teammates already registered in the GT3 class.

If anyone can come to grips with a new car quickly, it should be the setup specialists from CraigSetupShop, who will field an Audi RS 3 LMS for David John Gibbons, Jack Sedgwick, Josh Thompson, and the team’s namesake Craig A. Williams.

And don’t be surprised to see some teams familiar with NEO and the stress of pre-qualifying perform when it counts on Sunday. This includes the likes of Team MAD hoping to get a second entry in the class, Williams Esports seeking a team in all three classes, and Odox Motorsport, who have always excelled in this pre-season time trial format.

The entry list may continue to grow before the week is out. The deadline to sign up for pre-qualifying is this Friday. Prospective teams can register using the form on the NEO website.

While sorting through more than 70 teams split across twelve sessions seems daunting, Hekkens said he’s hoping for a quick turn-around of the pre-qualifying results since officials won’t need to make the same deliberations about in-race driving standards as last season.

But first, eager teams who want to be part of the historic sim racing debut of the 24H SERIES will have to face the stopwatch, the tricky Donington circuit, and dozens of competitors on Sunday afternoon.