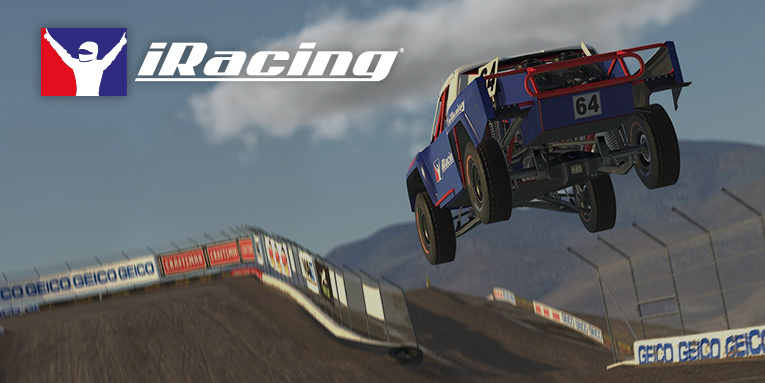 This season release includes SIX new or upgraded cars, THREE new or upgraded tracks, a host of massive improvement to the iRacing BETA Interface, and a whole garage-full of other enhancements to make iRacing more realistic than ever before.

A brand new iRacing UI Wizard has been summoned to manage the Create a Race process for Hosted Sessions!

This section of the iRacing UI has been overhauled for speed and reliability, including the results pages.

An extensive redesign has been completed and applied to the Paint Shop!

Some major enhancements and fixes have been made to the Leagues area of the interface!

The Replays section has been re-built from the ground-up!

A table of active ping data for a user’s machine has been added to the interface.

Track configuration names will no longer be included in search filters; only the actual track name is used.

Zoom scaling for the interface is now remembered on a per-machine basis.

UI logs will now be saved to the iRacing folder within your My Documents directory.

Fixed an issue where the Registration status bar was not 100% reliable.

Fixed an issue where a user could not Spot for a driver in a User-Created Session.

Suspension damper (shock) velocity has been capped to help to prevent (unrealistic rapid accelerations, usually due to a collision, that often the car flying into the air).

All Car Class groups have been updated to account for the new, updated, and retired vehicle changes with this season release.

Opponent cars should now align better with where their driver actually is.

All previous and current vehicle setup versions should now be within each NASCAR vehicle class.

handling (<25mph) of cars with deep and/or soft tire treads has been improved.

The total amount of solar energy allowed to penetrate through clouds and adjust the track surface temperature has been increased. This will cause clouds to have a reduced effect on temperature changes.

The Track Conditions information on the Info tab of the Session screen has been updated to include all Sessions, and now uses the same Session names as the Race Details area.

Fixed an issue in a driver-swap session where the last-displayed driver’s name would be displayed in the Driver/Team area, in the lower-left of the Session screen, even when the selected car had no driver.

The appearance of a jagged edge at the horizon has been reduced.

Lighting effects on 2D grandstand crowd characters have been updated at all tracks.

Spark particle effects have been updated.

Fixed an issue where particle effects would look incorrect when switching car focus while in Replay mode.

Camera flashes have been spotted occurring at many more tracks!

Fixed an issue where the wheel hub was sometimes drawing over the wheel.

Joystick button support has been increased from 64 buttons to 144 buttons. This will move the button address for the switch on newer Fanatec wheels; users will need to re-map any controls to the switch after this update.

A new sponsor, Sim-Lab, has been added.

Several sponsors with multiple variations have been appended with numbers to differentiate them from each other.

The admin command “! <pct>” will now correctly ignore skipped Sessions when executing, and apply the requested setting to the next active Session in the event.

Fixed an issue where the Info tab does not update when an Admin uses the “!” command to change the conditions of the next session.

A new version of the SDK has been applied.

2019 Season 3 LMP1 BoP Adjustment: Car spec has been adjusted so the baseline speeds at which to cut deployment with the automatic algorithm are rebalanced with the updated harvesting power, and maximum harvest power, and the speed-dependent rate at which it is applied, have both been increased.

The now correctly operates this vehicle’s headlights via the cockpit view.

Fixed aesthetic issues with the roof antennae texture and the trunk area of the vehicle.

Up-shift, anti-lag, and backfire sounds have been improved for exterior cameras.

Engine sounds have been updated for cockpit cameras.

Clutch slip noises have been added.

Fixed an issue where the rear tire lockup lights were not displaying for the correct tire.

Rev limiter and engine sounds have been improved.

Fixed an issue where mirrors would sometimes not appear correctly on all Dallara F3 cars for all camera views.

(ALL) – Left-rear shock and rear tire tread parameters have been adjusted.

(ALL) – Fixed an issue where shock adjustments could not be mapped to buttons.

Engine sounds for the in-cockpit camera have been improved.

Backfire effects have been adjusted.

A shouting pit crew sound has been removed from the in-car idle audio.

of high RPM sounds been reduced.

Audio for engine dynamics and liveliness across the RPM range has been improved for in-car cameras.

Steering wheel lights have been adjusted.

Exhaust crackles and ultra clatter sounds have been removed from the in-car engine sounds.

New backfire and gear shift sounds have been added.

New backfire and gear shift sounds have been added.

Exhaust crackles and ultra clatter sounds have been removed from the in-car engine sounds.

This vehicle has been renamed, from the NASCAR Monster Energy Cup Chevrolet SS.

This vehicle has been renamed from the NASCAR Camping World Toyota Tundra.

A new Ilmore NTI spec engine and gears have been added, and aero has been adjusted slightly.

Aero grills will now be adjusted based on the track type, per the 2019 NASCAR rule change.

Gear ratios and limits have been updated to match NASCAR specs.

Fixed an issue that could lead to a logo being in the wrong location.

Aero grills will now be adjusted based on the track type, per the 2019 NASCAR rule change.

Gear ratios and limits have been updated to match NASCAR specs.

A new Ilmore NTI spec engine and gears have been added, and aero has been adjusted slightly.

Fixed an issue with the rear camber on opponent cars.

(Rallycross Long) – Starting grid setup has been adjusted to allow all cars to hit a dirt surface at the same point.

Pace Car speed has been reduced to 50 miles per hour.

Fixed an issue where the digital digits on the timing tower were z-fighting (flickering).

All NASCAR Class A, B, and C vehicles now utilize intermediate track tires instead of short track tires on this track.

Fixed an issue with the pit speed limit message not appearing correctly when entering pit road.

Fixed an issue where some drivers could get stuck in their pit stalls.

The original track configuration here has been named “Asphalt”.

Any member who purchased this track after the 2017 Season 3 Release has also been granted ownership of the brand new version of Silverstone Circuit.

This track has been added to the base content of and has been granted as FREE content to all members.

(Rallycross) – Additional checkpoints have been added to the up-hill sweeper to prevent drivers from cutting too far into the grass.

The original track configuration here has been named “Asphalt”.