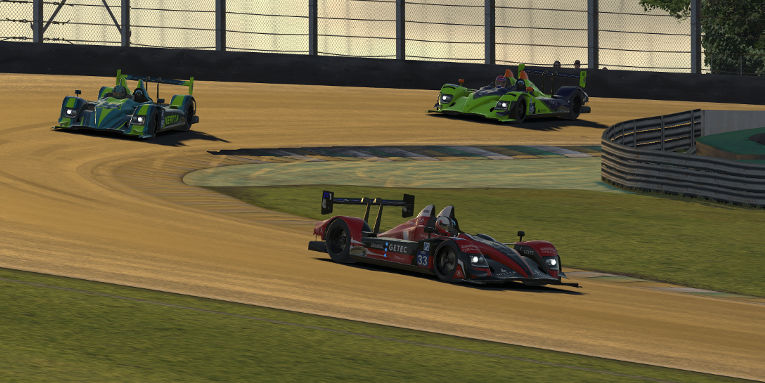 In the first usage of time-of-day transitions in the NEO Endurance Series, the heat of the summertime Brazil afternoon gave way to a sunset finish at Interlagos, and a pair of new stars from a previously unheralded prototype team shone the brightest.

Moritz and Lennart Fricke from Schubert Motorsport drove from fourth on the grid to the P2 class lead with less than two hours to go, and by the end, they had driven away from two series titans: Apex Racing UK and Torque Freak Racing.

The class favorites, AVA Vervatic, saw their chances come to an end during a track-blocking pileup exiting turn 3 just 25 minutes into the race.

That was one of several multi-car incidents on the day. While it wasn’t a repeat of the season-two driving disaster, the NEO Endurance Series’ return to Interlagos saw more than 100 incidents investigated with 18 penalties issued.

It left officials with “a lot to discuss”, said series co-founder and director Niel Hekkens after the race. Among drivers, that discussion has already begun, somewhat overshadowing Schubert and their surprising win after finishing no higher than tenth in the previous two rounds of the season.

In the other two classes, it was business as usual with a pair of favorites scoring the victories. Thrustmaster Mivano Racing‘s #3 team re-took the lead when SimRC.de made its final pit stop with 21 laps remaining, keeping its perfect record in tact to start the season. Porsche Basel by Sorg Rennsport finished third as the final car on the lead lap.

In the GT class, CoRe SimRacing proved its Sebring win was no fluke, earning the pole and the race win in a six-hour test of traffic for the slowest class. The up-and-down season continued for the Army Racing Team, earning a new best finish of second place, and MSI eSports came home in third.

Registration for the 2014 NEO Endurance Series is now open