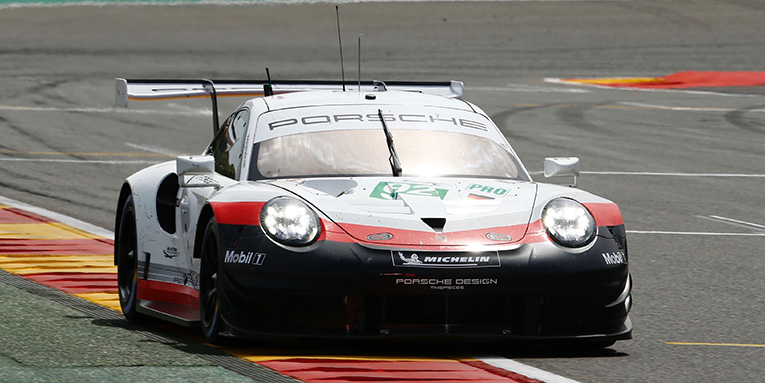 Just when a pair of LMP1 prototypes appeared to be the headliners in NEO’s off-season, a new GT car emerged to steal the spotlight.

On the heels of iRacing’s announcement that the Porsche 911 RSR will join the service on June 5th, NEO officials confirmed the addition of the car to the GT class for NEO Endurance Series season 5, which will begin this fall.

“It’s great to see another car is joining the GTE class. As sports car fans we love variety on track.” said NEO co-founder and series director Niel Hekkens. “The Porsche 911 is one of the most iconic racing cars and now we have some of the biggest brands in GT racing in the iRacing service. We are looking forward to have three different cars in the GT class later this year. The only thing that is missing now is day/night transitions.”

The Porsche will provide for an even more diverse GT field, joining the Ford GT and Ferrari 488 GTE in the first three-make class in NEO history.

Among that lineup, the Porsche will certainly make itself heard, as its distinctive flat-6 boxer engine and screaming exhaust stand out among its competitors.

“The latest iteration of the Porsche 911 RSR is one of the greatest sounding cars on the grid! When I was at Daytona for the Rolex 24, earlier this year, I had a discussion with the guys from Geodesic Racing which car sounded the best. It was a 50/50 split between the Porsche 911 RSR and Corvette C7R.”

On the global endurance racing stage, the Porsche 911 RSR has recently surged, capturing class victories in the IMSA WeatherTech SportsCar Championship at this year’s 12 Hours of Sebring and Acura Sports Car Challenge at Mid-Ohio.

The car also scored a runner-up finish in this month’s 6 Hours of Spa with the FIA World Endurance Championship, joined on the GTE Pro podium by its NEO brethren — the class-winning Ford GT and third-place Ferrari 488.

That competition is now set to continue in the virtual world on iRacing, including in the NES GT class next season.