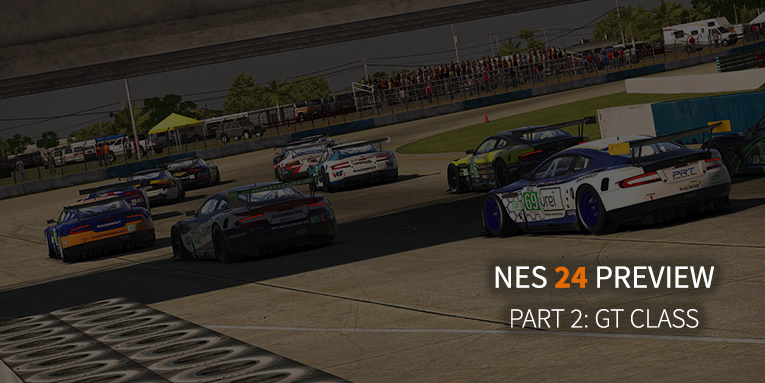 This weekend is the season finale and it will be NEO’s first ever 24 hour race. With double points on the table, anything is still possible for the championships in all three classes. In the next coming days we will release a series of articles, previewing each class. In part 1 we looked at the GTS class. This time it’s time for the GT class.

In GT there are five cars in contention, and both manufactures are represented. In the lead it’s CORE Motorsports with 86 points. They haven’t finished off the podium this year and have 2 wins already. Chasing them down is Torrent Motorsports in the #66 Aston Martin, 17 points behind. Torrent Motorsports finished on the podium in the first 4 races, but trouble at Spa has made their job a whole lot harder. SimRC.de Iris have probably been the most inconsistent team in the top 5. 1st in Sebring, but 7th and 8th at Motegi and Spa. They still have a shot, but could have been in a better position with some better finishes.

Looking down the field to P4 we have VRS Coanda Simsport in the first Corvette. They’ve had solid top 5 finishes in 4 races this year, but at Nürburgring they didn’t score a single point due to engine failures. They are 33 points behind 1st, and have they work cut out to win this championship. Vendeval Simracing are wildcard for this championship, and the first few results show why. They earnt 32 points in the first 4 races, however CORE were up to 30 after the American leg of the championship. A win at Spa has kept the season alive for Vendaval Simracing, but it’s a long shot if they want to win.

Double points will be rewarded at the end of the 24 hours. Looking at the championship standings, there are many battles for positions and everything is still possible. Especially in the mid field. The cars are fast and slick here at Le Mans with their special low downforce aero kit. Finishing the race in one piece will be a challenge on itself. Find out which team will cross the finish first after 24 hours and don’t miss the championship battle.

Tune in on March the 25th and 26th for the NES 24 hours of Le Mans powered by Racespot. The whole race will be broadcasted live on live.neo-endurance.com and iRacing Live. 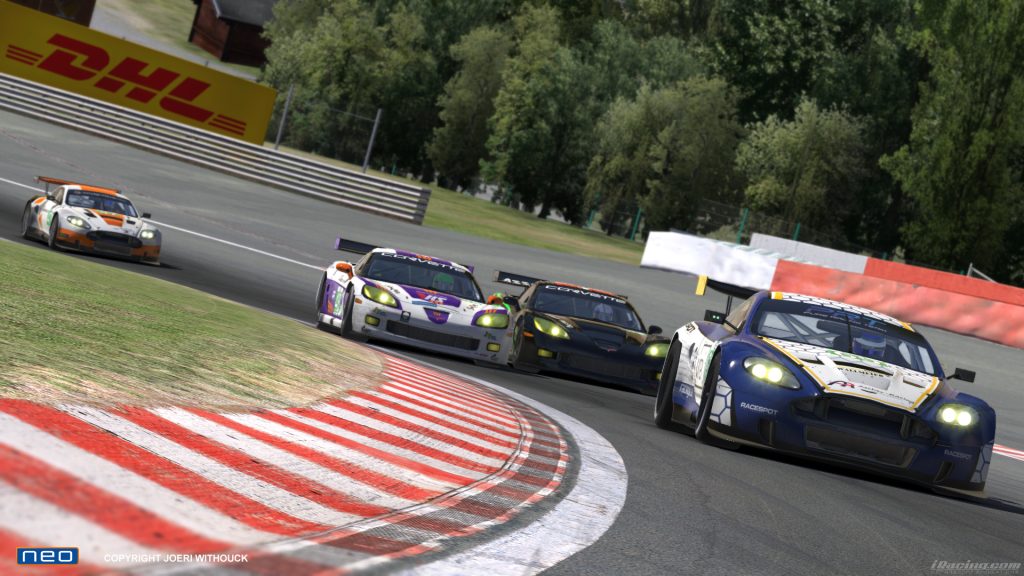