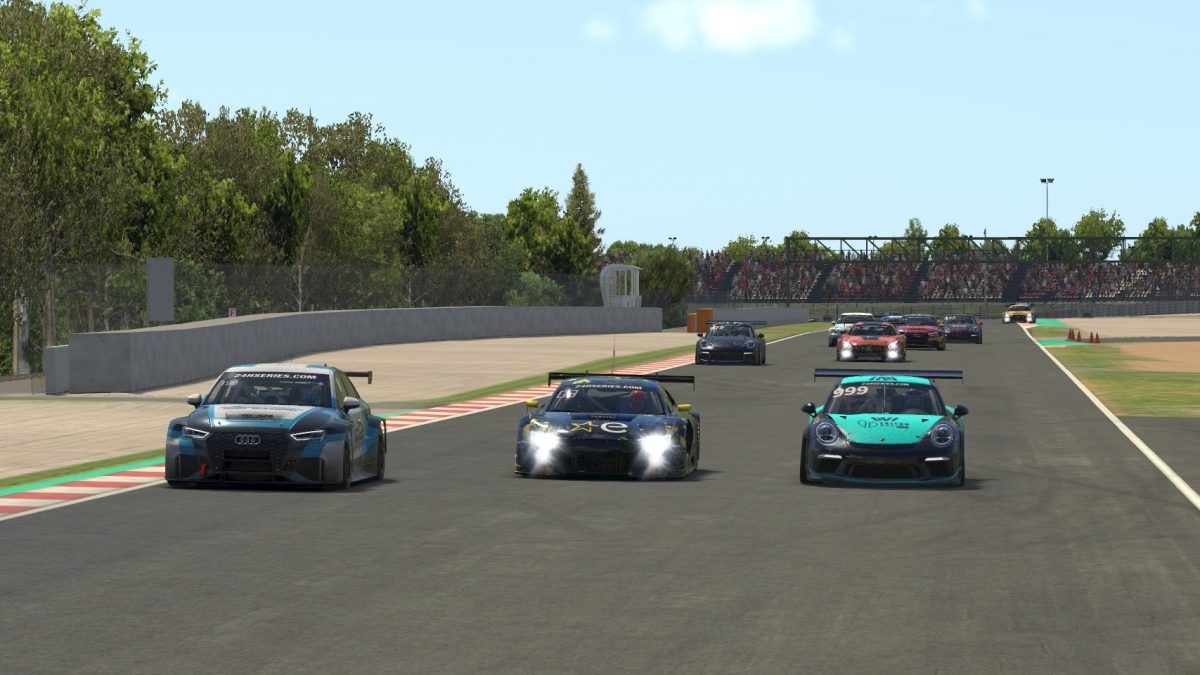 It has now been a month since the 24H SERIES ESPORTS season concluded at Barcelona. Early in this off-season, we sat down with a few team representatives to get their final thoughts on the final race and the season as a whole.

There were no major surprises in the race winners or class champions at Barcelona, but did anything in this race surprise you?

Miguel Freitas, #136 Team MAD: What surprised me the most was how fast drivers in the TCR class got used to the new fuel consumption and tire usage. Our team used up to 75% of tires in 80% of a fuel tank and others were doing the whole tank at a better pace: Team Chimera, for example. The other surprise was my pace in the final stint (at night), overtaking P3 on track, although I was a lap down.

Coming into the season, we weren’t sure how this class combination would work since we had never seen these three classes on track together in iRacing before. How was the multi-class environment this season, and what were the biggest challenges with it?

Moreno Sirica, #21 Williams JIM Esports: It was a surprise for us when NEO announced the partnership with the 24H SERIES, and after an intense season, I can say that the result was excellent in my opinion. This combination was one of the most demanding in terms of concentration, but at the same time extremely fun and different from the classic multiclass we are used to.

Miguel Freitas, #136 Team MAD: I really, really liked the combination! The difference in pace is perfect because apart from the first five laps, everyone is always in traffic, making these races very demanding! Sadly, the TCR class lost some entries but let’s hope we keep it for next season.

It’s time to give your team a final score. How would you assess your season, what was your biggest success, and what’s the main thing you need to improve on?

Harley Hamnett, #959 HM Engineering: As newcomers to big-time sim racing series and events, we all agree that it was a success in our debut 24H SERIES season, claiming P3 in the 911 standings. MSI were on a another level, but we learned so much and gained even more. Our best results of P2 at Silverstone and Monza were the highlights, but a couple of tough races at Spa and Barcelona knocked us around. Traffic was always generally good, and we hope we didn’t interrupt anyone. We will be back better and stronger next time!

Miguel Freitas, #136 Team MAD: Our biggest success was finishing all races, most of them on the lead lap, which shows us that despite the not ideal results, we are still a good team with a good overall pace! The season started bad with me in Spa, getting a penalty having internet issues that made us lose minutes on the track. Driver availability was a big issue, with me being the only one available for the whole calendar. We had others rotating when available, but at Monza, I got ill and we had to use our reserves on very short notice, so the pace was not what they could have achieved in normal conditions. To improve: get that extra 0.1 second pace improvement to not lose the front pack!

Moreno Sirica, #21 Williams JIM Esports: It has been a rough season for us. We had some ups and downs that cost us the chance to fight for the top three in a very competitive GT3 class. For sure the win at Silverstone was the highest and best moment of the season. We did a perfect race and thanks to a strong strategy, we put our competitors under huge pressure, which gave us the win. However, we lacked a bit in terms of traffic management all season, and we collected some avoidable penalties that hurt our results, which is for sure is something we need to improve for next year.

If you could make any change for next season — whether it’s the cars or classes, the schedule, a specific rule, or anything else — what would it be?

Miguel Freitas, #136 Team MAD: Not related to this league, but if we could add 20 more cars to the grid, it would be nice to have the GT4 class! I would also make the times of the races more dynamic (early morning, late afternoon). Penalties need to be reviewed, since if you get one now, you are out of the race. Maybe a penalty box to serve shorter times? This season with tight off-track limits, we saw pretty much everyone keeping within the limits, which is nice. Maybe keep the same initial limit and after every 10x, issue a drive through? If the implementation from iRacing comes in time, maybe issue weight or power penalties for the leaders in each class.

Moreno Sirica, #21 Williams JIM Esports: As team manager of car #21, i would say that the class and race structure is absolutely on point. There was a discussion about the penalty system during the season but nothing has really changed since then. In my opinion, that is maybe the only thing I would modify in the rules.