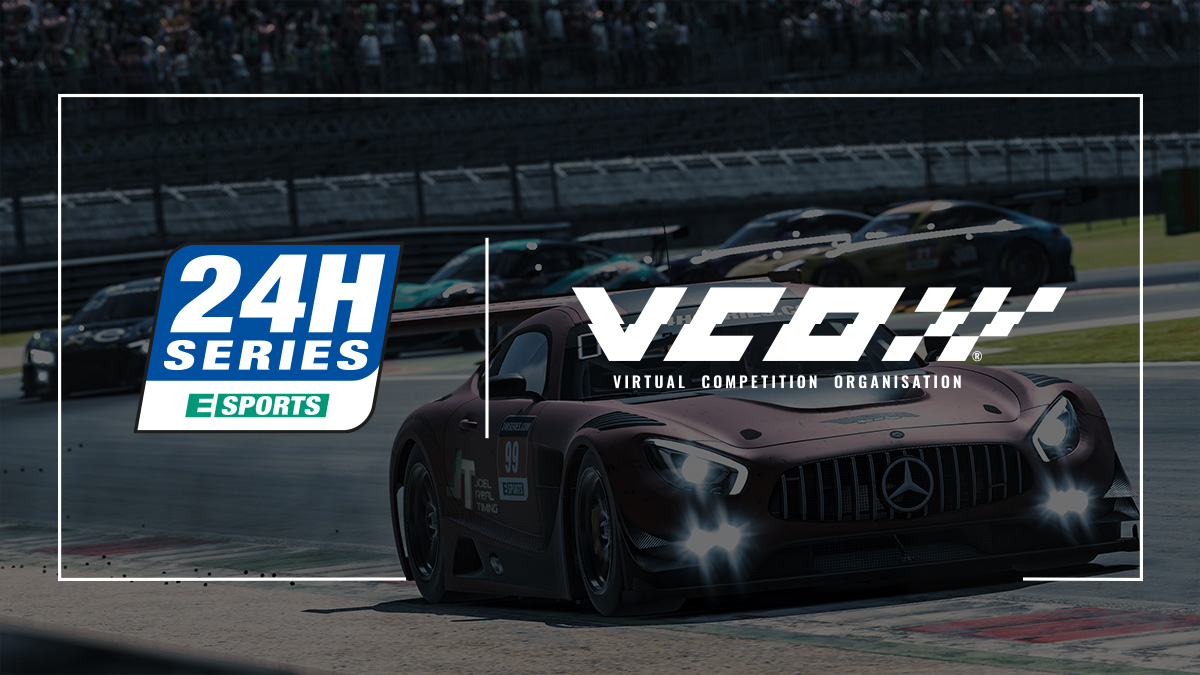 The second season of the 24H SERIES ESPORTS will continue to bridge the gap between the real and virtual racing worlds with help from the series’ new presenting sponsor.

The Virtual Competition Organisation (VCO), which connects drivers, organizations, and platforms across the global racing community, has announced a cooperation with Creventic that includes title partnership of the 24H SERIES ESPORTS powered by VCO, and will also see VCO’s logo appear on each car in the 24H SERIES European championship rounds in 2021.

The common vision of all groups involved made it easy to come to an agreement, according to NEO Endurance Series founder and owner Niel Hekkens.

“We have the same goals. With the 24H SERIES ESPORTS, we aim to bring sim racing and real-life motorsports together. VCO wants to do the same thing but from more of a marketing angle. Together, we can complement each other and grow sim racing as a whole,” said Hekkens.

That growth has happened abruptly for VCO, which emerged on the scene earlier this year and quickly made a name for itself in organizing events featuring some prominent professional racers whose real-world driving duties were suddenly halted by the coronavirus pandemic.

“Obviously, the corona lockdown changed a lot for esports racing in general, not just for the VCO,” CEO Florian Haapser told Overtake.gg.

“Our mid-term plans had to be revised; suddenly there were sim events everywhere. So we re-assessed the esports racing landscape, talked to many different stakeholders and did what we do best: start to work.

“One positive effect of lockdown was that many, many people saw the potential of esports racing. That’s a solid basis to build on.”

Since then, VCO has partnered the iRacing endurance events including the 24 Hours of Nürburgring and the 24 Hours of Spa, and they recently worked with Williams Esports to hold the VCO Cup of Nations, won by Team Germany including former NEO Endurance Series champions Maximilian Benecke and Jonas Wallmeier.

They now bring their name and promotional experience to the 24H SERIES ESPORTS, which begins its second season on October 25 in the 6H IMOLA.

Throughout the season, series competitors and viewers can expect high-quality coverage before, during, and after the races on social media and on VCO’s website, vco-esports.com.

“We tell background stories, work with amazing photographers and videographers, publish press releases about VCO-related events, etc.,” said Haasper. “The goal is to establish sort of a trademark: If VCO is involved, this is going to be a great event – not just on the track but also in terms of communications.”

The prize pool for the upcoming season is also increasing to $8,000 total, and Hekkens said he’s hopeful that additional partners can be brought on to further expand the earnings on offer.

“The increased prize pool gives the teams that end up in the prize-winning positions more recognition for their efforts,” said Hekkens, who described how this partnership is a win-win-win for NEO, Creventic, and VCO alike. “The 24H SERIES is an ideal place for VCO, as there are a lot of businesspeople present in the paddock.”

For Haasper and VCO, this cooperation is just another part of their rise to prominence in the racing world, and it will go one step further next year thanks to the other perk of this partnership.

“To then see our logo on real race cars shows just how seriously Creventic is taking the close relationship between real motorsport and esports racing,” Haasper said.

Before those machines in the European 24H SERIES sticker up with the VCO logo in 2021, we’ll see their iRacing equivalents take to the virtual track when the six-round 24H SERIES ESPORTS powered by VCO championship kicks off in just under one month.