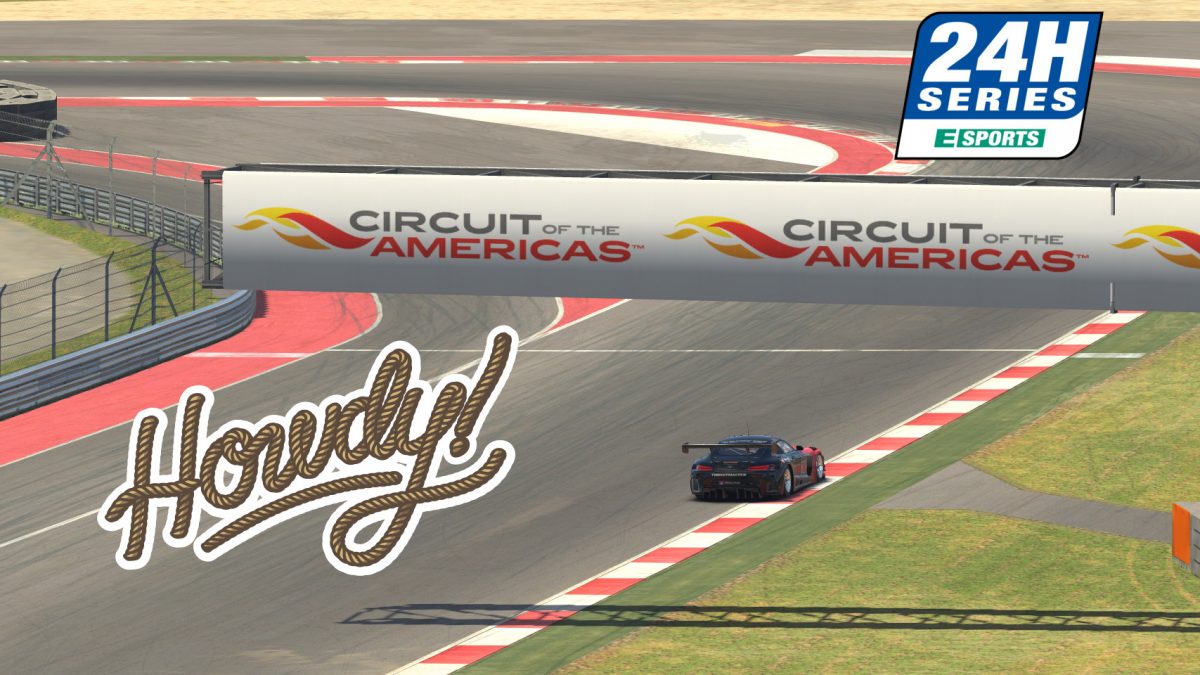 Earlier this month, the 24H SERIES ESPORTS made its lone visit to the United States in the Lone Star State, no less. In this race, though, there was anything but a lone star in the GT3 class.

The top two teams were rarely separated by more than ten seconds on track, and their fight for the victory came down to late-race contact.

Ultimately, it was Williams Esports earning with the win, and in their post-race tweet, they celebrated their accomplishment and the sportsmanship of their opponent, who gave way after a braking-zone bump in the closing laps.

As for second-place Biela Racing Team EURONICS, they were also complimentary of their rival in the “intense” battle for the win.

Elsewhere in the GT3 class, Ronin SimSport was forced to gamble on strategy to make up positions, and it paid off, putting them in fourth at the finish.

The 991 class win went to MSI eSports, and in their race recap (¿habla español?), they note “Marc Pérez and Salva Talens showed their great pace, finishing the race with more than a minute and a half of advantage over the second place after the pole position achieved by Pérez in the qualifying session.”

Second in the Porsches went to Burst Esport, whose post-race recap on Facebook notes their fast start, making up three spots in the first corner, and consistent driving by Evan Marion and Anders Dahl during the 6H COTA.

It was an eventful race for many 991 teams, who took bumper-to-bumper racing to the extreme. Among them was GOTeam Racing, who lost time from an early spin and a pair of penalties. However, they kept their #907 car running and finished inside the top ten.

The TCR class also saw a repeat winner, with Jack Sedgwick and Simeon Lynch from CraigSetupShop backing up their performance from Spa in an even more dominant run at COTA. Team manager Craig Williams was thrilled at the outcome.

As at Spa, second place went to CoRe SimRacing, whose recap hailed “CraigSetupShop’s flawless performance” and “untouchable” pace. Finishing third was SimRC after an eventful drive from fourteenth to the podium.

Among the rest of the TCR field, several contenders saw contact and penalties sidetrack their races. That was the case for Vendaval Simracing, who fell from the top five out of the race after trouble in traffic.

Just as Vendaval is already looking ahead to the next round, our own coverage now turns to Silverstone, which will host the 24H SERIES ESPORTS on Sunday, December 15.

That’s all for the rodeo at COTA here on neo-endurance.com. Y’all come back now, ya hear?!