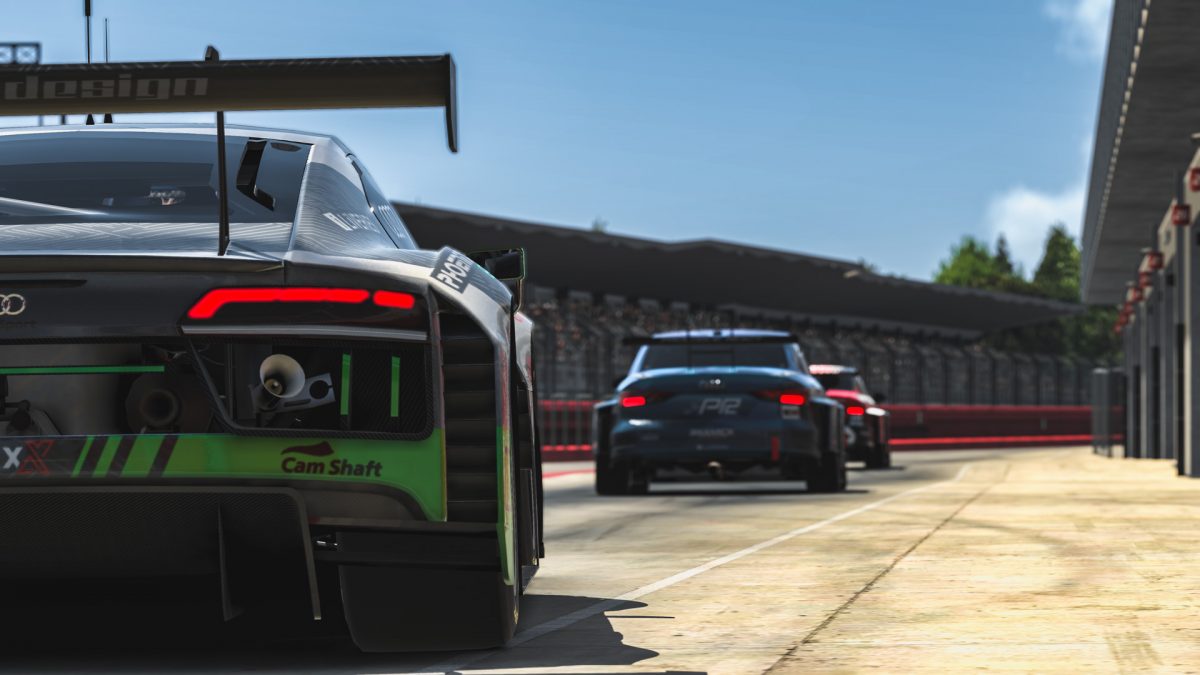 Before joining CREVENTIC to run the 24H SERIES ESPORTS, Niel was well known in the sim racing community for organising the NEO Endurance Series. For many years, this series set an unprecedented bar for others to match when it came to the level of organisation that Niel and his team were able to provide. Quickly, the NEO Endurance Series attracted the biggest teams in sim racing to duke it out on the best tracks and in the best cars that iRacing had to offer. Year upon year the series grew, and together with that growth came interest from outside of the sim racing world. After five years of running the NEO Endurance Series, Niel and NEO entered a partnership with CREVENTIC to create the 24H SERIES ESPORTS as we know it today.

Over the past couple of seasons of the 24H SERIES ESPORTS, Niel continued to present the same level of quality that the NEO Endurance Series was known for. In addition to the effort put into the day-to-day running of the 24H SERIES ESPORTS, Niel was able to start bridging the gap between real racing and sim racing with a partnership with iRacing, which in 2021 saw the first season of the Creventic Endurance Series, open for all iRacing members to enter. An additional partnership with VCO saw the iRacing.com and VCO brands displayed on real race cars during select 24H SERIES races.

Now, after two successful years at Creventic, Niel hands over the reins of the 24H ESPORTS SERIES to Casper de Kort. Casper brings experience to Creventic from his organising of the various IVRA series. There, he has launched the first season of competition which saw championships go down to the wire in multiple classes across multiple series.

Niel Hekkens: “It’s with a heavy heart that I step away from the league. Trying to combine two jobs and a family with two young kids turned out to be too much. I had to make a decision, not only for myself but also for my family.

Last year has been a rollercoaster, for everyone with the pandemic. A lot of things went very fast for me with some great opportunities, like working at Creventic part-time. I went outside my comfort zone to try new things, but the stars did not align right now.

It is incredible what we achieved with this league over the years. NEO started after Egil and I raced each other on track. One thing led to another and we started organising events, as fans of endurance racing. No expectations. No goals. Only the drive to do the best we can as organisers.

It’s incredible to see how we have been the inspiration for many other leagues. We also worked together with Racespot to push the possibilities of broadcasts. Adding small elements that are common now. Very cool to see.

The league is in good hands with Casper. I am confident after seeing what he accomplished at IVRA. Casper is already busy with the preparations for next season, and he will continue where we left off.

I won’t be away too far. Whenever the opportunity arises, I will return to the league.”

Casper de Kort: “I’m looking forward to starting with Creventic and to help get the 24H SERIES ESPORTS to the next level. To be able to turn my passion for (virtual) motorsports into a professional role is something I had always hoped, but never really thought possible.

I see many possibilities where we can be a bridge between real racing and sim racing. Niel has left us with an amazing jumping-off point from where we can build the series, together with the teams and the wider (sim) racing community.

I was fortunate enough to be able to participate in a race that was organised by Niel and NEO a few years ago, so I know the exceptional level at which the organisation operates. I feel a responsibility to uphold that level going forward and I hope to be able to live up to the challenge. The teams who have raced in IVRA series before will know that I believe that if the teams, drivers and organisers all work together, the sum will be more than the parts and the racing will be enjoyable for all.”