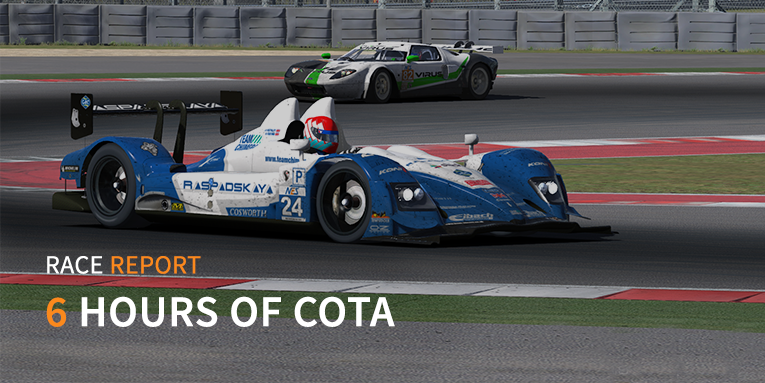 One month after the season opener at Sebring International Raceway, the paddock moved west to Austin, Texas, for round two of the season at Circuit of the Americas. On a sunny race day 41 teams used warm-up to make some final adjustments for the race. 6 hours of racing in partly cloudy conditions pleased some teams while others hoped for even more clouds, but managing tires to last a full stint in the hot weather was apparent from early on. 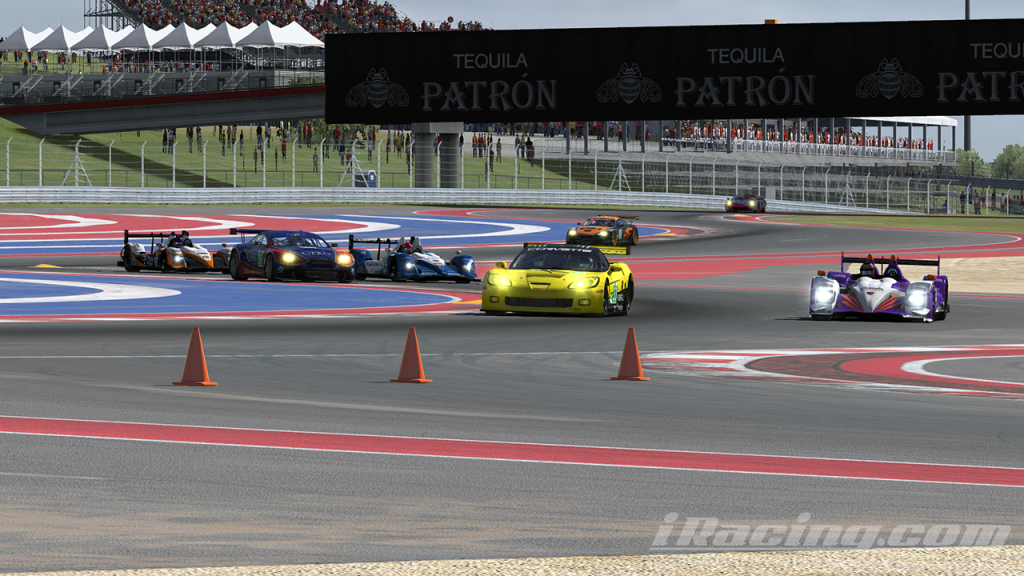 Pole sitters Friction Racing performed well but could not quite keep up with the general pace of the top 2, so they came home in third place. From a usual high standard, #2 Radicals Online was there and there about fighting with the lead cars. The team saw a few incidents during the race like a contact with another prototype car after 15 minutes. This is a good example of how tough the competition is in NEO Endurance Series where small incidents can mean a lot to the finishing position.

Geko Vortex SimRacing HPD finished in fifth position after driving a race with great pace but unfortunately also some avoidable contacts. In sixth it is the #8 Gathering of Tweakers team who stayed free of trouble most of the race. In seventh position Pure Racing Team fought for a good result in their first race of the season. Staying clean in the entire race this team now knows more about the racing quality in this series, and we expect to see more of this team in the following race.

Unfortunately COTA would be the first race for Kroenert Motorsport in NEO Endurance Series season 1 and season 2 where the team did not finish.

Dominance at the sharp end of GT1

The battle for the next positions was very interesting as teams did a mix of 6 and 7 stints making the live timing very lively throughout the race. Hammer Down Racing opted for a 6 stint strategy and with a strong performance by especially Karel Vorechovsky put the team on second place at COTA. IRDK Endurance had to resurrect them selves from a horrible Sebring event, so solid points at COTA was important. The team took a 7 stint strategy, starting in P7 and drove without racing incidents up to 3rd position 50 seconds after Hammer Down Racing.

In one of the best simracing spectacles of all time we saw a late epic battle between Radicals Online GT1 and #54 Team Chimera for 4th and 5th place. In a 20 minute close drama, Jeremy Bouteloup of Radicals Online GT caught up to Simon Trendell, who tried to fend off. This turned into a great battle where one car would overtake the other, which was highly facilitated by the flow of corners at COTA. In the end Radicals Online GT1 prevailed and took 4th place after the Team Chimera car got loose over a orange cone through the esses.

In sixth place Torque Freak Racing found themselves after starting from 13th on the grid. Apart from the incident with VergilRacing, TFR stayed clean and earned some vital points in the championship. P7 finishers FRT Hawkers had a great comeback after a bad race at Sebring, and in eigth position it is Falcon-GP. This team had a late in the race an incident with a prototype car which meant they had to go back to the garage for repairs. With a strong general pace it is expected to see Falcon-GP back in the top in the coming races.

Shaking up the GT2 class
The race in the GT2 class started with a surprising grid, with the favorites, car 73 of Fenix Motorsports FGT starting from eight position after a bad qualifying session. A positive surprise on Saturday was car 72 of MadCape Racing Team starting third. Right from the start of the race, the 73 car had to fight its way through traffic. 10 laps into the race the 73 car had severe damage after contact at turn 11, forcing the favorites of the race to retire the Fenix Motorsports Ford GT early in the race.

MadCape Racing Team was running strong throughout the opening laps of the race, but a small moment at the exit of 16 ended their race. The rear end of the car snapped loose coming out of turn 15 and the 8 car of Gathering of Tweakers could not avoid the Ford. This is the second DNF of the season for MadCape Racing Team and the team will be back at Watkins Glens to get rid of the 0 points on the board. 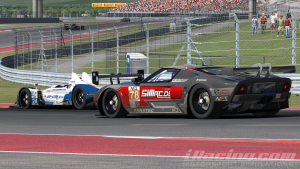 After six hours of racing it was SimRC.de who took the victory in GT2. It was a matter of time, because this teams has been getting faster and faster since the beginning of last season. Finally their hard work paid off with their first NEO Endurance Series victory. The second step of the podium was Torrent Motorsports’, scoring their first NES podium after a sixth position finish at Sebring. IRDK Assault Racing took the final step on the podium after a recovery drive, due to some troubles early on in the race.

Gathering of Tweakers 2 scored another solid fourth place finish at COTA. Although they had to fight for it the last two hours of the race. The 88 of Racing Lions got very close to challenge the 99, but it was not close enough. In the final laps Racing Lions had to give up the battle and settle for fifth, because they got hit by a HPD. The 82 of Virus scored some solid points by finishing sixth. Both Asbury Motorsport and KRT Motorsport GT had a difficult race, but managed to minimize the damage by finishing seventh and eighth respectively.

The MSF Challenge, brought to you by the Motorsport Safety Foundation, was awarded to each class after the COTA race. In the Prototype class the winners was also the overall winners, car 24 of Team Chimera, who proved to be fast and safe. In GT1 class Team Chimera, car 54 took the $10 prize money that is connected with the MSF Challenge. In GT2 class all teams had a lot of incident points, but after six hours it was Torrent Motorsports with the least amount of incident points in its class.

For full results of the race, go to the results page on the website. The standings are also up to date.
The race is also available in our race archive.

The next NEO Endurance Series event is on December 20th at, a new circuit for NEO, Watkins Glen International. The 6 hour race starts at 15:00 GMT and is broadcasted live by RacespotTV on iRacing Live. 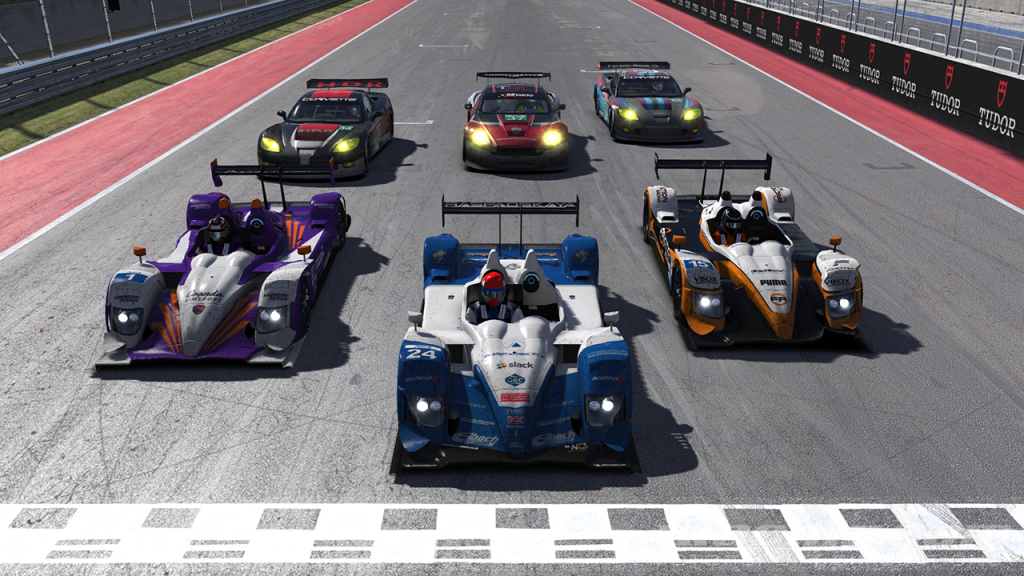