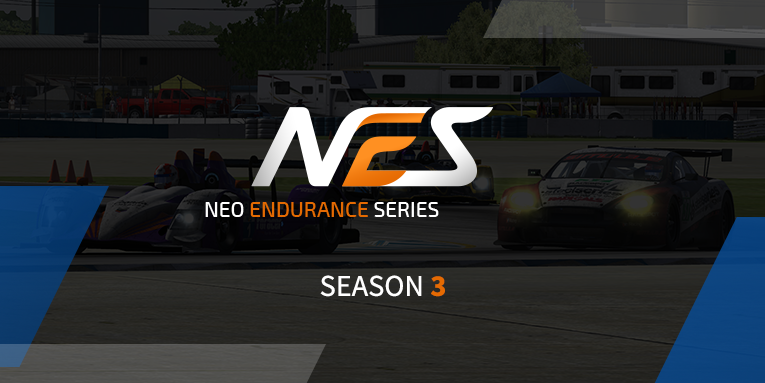 Less rounds, more hours of racing
The schedule has been published earlier this year. NES3 will start in the US with the traditional opening round at Sebring International Raceway on October 16th. The second race will be, as traditionally, at Circuit of the Americas on November 13th. This track has proven to create some exciting racing.

For full details on the season, please go to the schedule’s page. 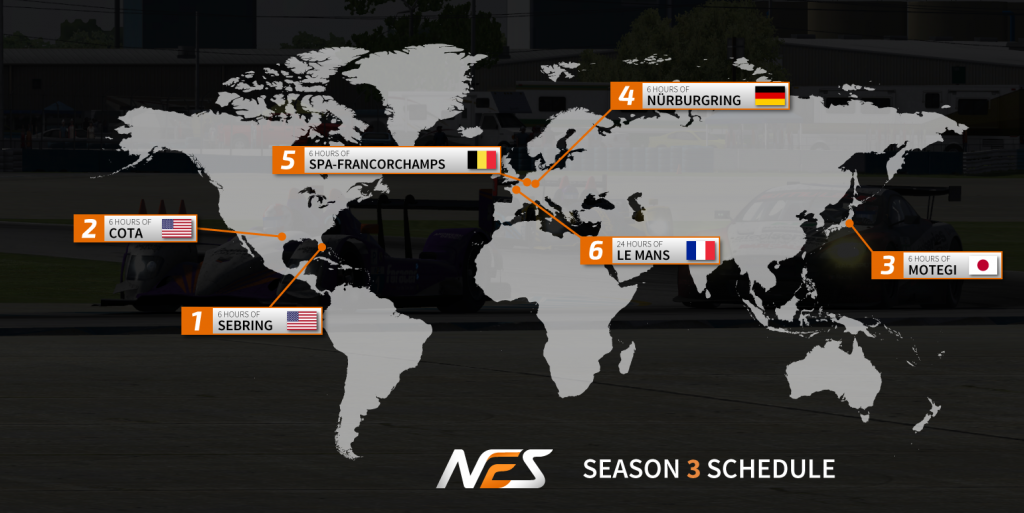 Sporting Regulations
Just like last season, all rules have been evaluated and changed where necessary. Fortunately the big overhaul from last year was a good basis for this year. Most of the changes have been made to the penalties for violating the regulations.

For full all regulations and more details, please read the NES3 Sporting Regulations.
Below are some of the most significant changes for season 3:

New points system
The points system have been revised after constructive feedback from various participants. The new points system will make the points more linear and consistency will be more important, but still favor going for the next position.

At the final race of the season, the NEO 24 hours of Le Mans powered by Racespot, the teams will score double points.

Full Course Yellow removed
The Full Course Yellow (also known as Virtual Safety Car or Code 60) has been removed. Because it is all manual work, it is really hard to maintain gaps. Because the Safety Car (SC) is also not suited for multi class racing, the stewards have to remove both the FCY and SC.

Note: the SC is still mentioned in the Sporting Regulations, but will only be used under very special circumstances.

The Ford GT, a classic GT2 car, has been very unpopular with the current teams in NES. Therefore the organizers had to look for a replacement. The Mercedes AMG and the Audi R8 LMS will replace the old Ford GT in a brand new GTS class.

The Corvette C6.R and Aston Martin DBR9 stay together in their class, but will have a “new” name: GT. The HPD ARX-01c will remain in the P class.

It’s also cheaper now to enter the season compared to last seasons, and with a maxed out field, there will be more teams to race against and price pool will increase. Furthermore we are bringing in more hands on deck in the Race Control to monitor and direct the races, which means you as a driver should expect continued improvements all around.

Please read the NES3 Registration Regulations on how to join the NEO Endurance Series with your team. We look forward to a great journey with you in the coming 8 months of NES3!