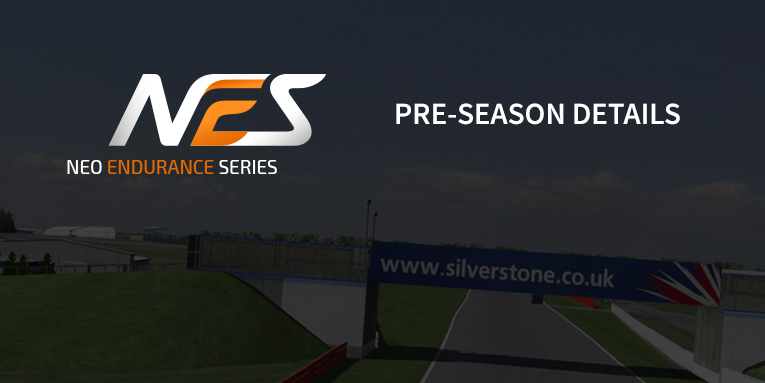 NEO Endurance Series Season 2 is almost upon us. Before the season starts teams and drivers need to register their constellations and car classes.

New teams will need to pre-qualify as well to prove their worth in the series, while top 8 teams from last season can skip the pre-qualification and register directly.

If your team wants to race in Season 2 pay attention to the schedule below as this describes when and what to do in order to register for NEO Endurance Series.

Only teams without a valid invitation need to pre-qualify. To set a valid pre-qualification each team will have to field at least 2 drivers (who also have to participate during the season) and both drivers have to drive a minimum of 10 consecutive clean laps each. The session will be 2 hours in which those 2 x 10 laps must be set. After both drivers have set their valid consecutive laps they can attempt to improve on their laps if they wish to in the same session. Only the fastest and safest 10 consecutive laps of each driver is regarded, but all laps by each driver will be considered in the final judgement.

In Season 2 we only have 42 spots, and we will need to draw the line somewhere. It is up to you to prove that you are worth a spot in NES. Bare in mind NEO stewards (and hopefully you) much rather have a team racing who might be 0.5 second slower but who are able to race safely, than a quick but get-out-of-my-way unsafe team. Safety, speed and transparency in the driving attitude towards others drivers are the main criteria we look for. A team can be aggressive or passive dealing with traffic – the important thing is that the interaction with the traffic is safe and transparent (meaning others know where you go, what your intentions are).