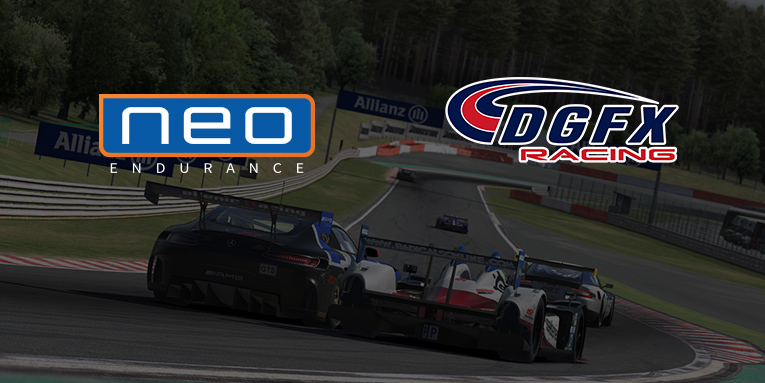 The organisers of both leagues had various talks over the past few weeks. These meetings were very positive about a partnership between the two leagues. Both sides agreed to making sure the unique characters of the leagues remain the way they are now and the end goal is to create a ladder structure for endurance leagues in iRacing.

The partnership between the two leagues is similar to the partnership between IMSA and the ACO. NEO Endurance and DGFX Racing will run their leagues independently, each with their own procedures, schedules, and car selection etc. Both leagues will work together internally and publicly in order to create the best possible experience for everyone involved.

Another part of the partnership is the invitations for DGFX teams to the NES 24 hours of Le Mans and champions of DGFX will receive an invitation for following season of NES. Both leagues believe this is a nice reward for these entries.

“We are very happy having DGFX on board. We believe a proper ladder structure is missing in endurance racing within iRacing league racing,” said owner of NEO Endurance, Niel Hekkens.“The way we work together, we make sure the character of both leagues remain. Both leagues can improve by sharing knowledge and this beneficial for the competitors. Besides, working together is more fun!”