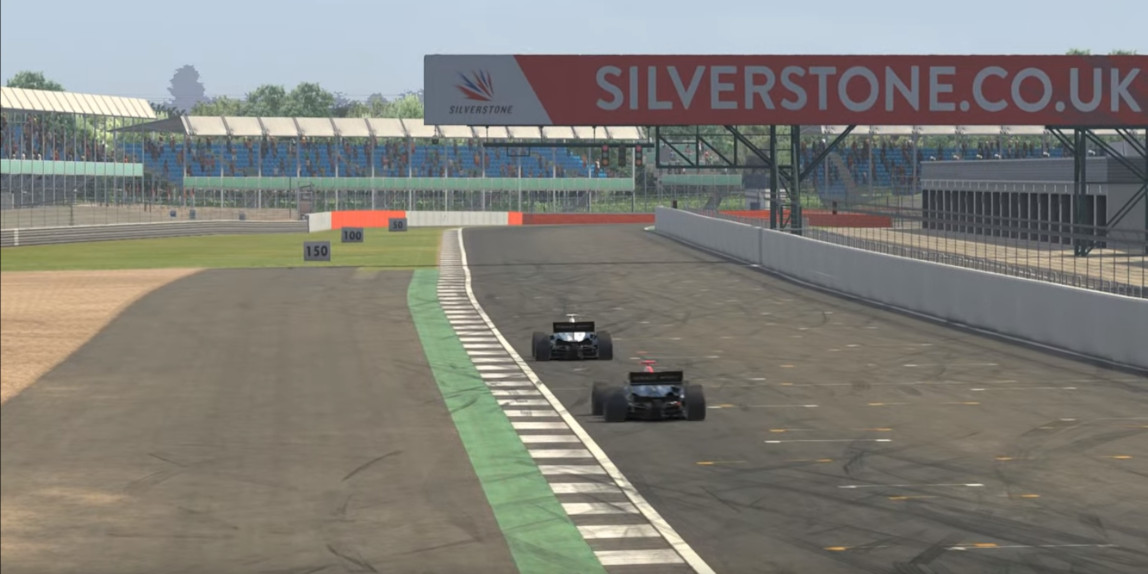 What was old is new again in the season-three iRacing build, set for release on Tuesday, as several pieces of content will receive a refresh, including a track very familiar to the NEO Endurance Series.

The Silverstone Circuit will finally get its 2011-spec layout — which skips Bridge in favor of an infield section and moves the start-finish line to the exit of Club corner — in the iRacing sim. As confirmed by the release notes, the new circuit will include three layouts — Grand Prix, International, and National — while the old circuit will become free for all members.

Of course, NEO participants have plenty of laps around the old track, which served as the venue for pre-qualifying over the past four seasons. However, a different circuit will have to take over those duties this fall, as NEO Endurance Series director Niel Hekkens has confirmed that the new Silverstone will host a round of the season-six championship.

Other content getting an overhaul in the new build include four oval cars: the Chevrolet Silverado truck, the Ford Mustang Monster Energy Cup car, and the Tour and SK Modifieds, which have also had their physics updated as part of a “full re-evaluation” of the two short-track open-wheelers.

As usual, this build will feature a number of minor updates to existing features, including several related to endurance racing. Notably, clouds will be more transparent and will have less of an effect on decreasing track temperatures; nighttime bloom thresholds for light sources have been adjusted; and headlights have been improved to be brighter, include vehicle-specific flashing patterns, and may now “toggle due to damage”.

Although they won’t make this build, iRacing has confirmed several other pieces of content that are in active development.

Among them is the next road track in the pipeline — the Circuit de Catalunya in Barcelona, Spain — which “is in full production as well and on track for a 2019 release”, according to iRacing president Tony Gardner.

He also confirmed iRacing’s first TCR car, the Audi RS3 LMS, is in production but would narrowly miss the season-three build.

The new damage model remains in development as well, and a recent video showed it in action on the Skip Barber Formula 2000, Aston Martin DBR9, Dallara F3, and Corvette C6R GT1 cars. A recent back-end update could speed along the arrival of that new model, at least on some cars.

“We also restructured our systems so that we can release the new damage model piecemeal, one or multiple cars at a time,” said Gardner in a forum post in April. “This will enable us to start releasing the new model much sooner since every car needs to be hand-tuned.”

“Certainly, our goal which seems very realistic at this point is that we start releasing cars this year with the new damage model.”

New Tire Model v7 also remains in development, but it will remain on only one car — the Skip Barber — in the coming build. With the help of members testing that car during the past season, the tire model has been updated, although it’s still not ready for release on other cars.

“We were hoping to get a few other cars on the new tires by June, but I still have to work through the remaining rubber/carbon black issues,” said iRacing CEO Dave Kaemmer. “Rather than release new tires that will change fairly soon on these other cars (and have you changing setups), we want to have some more testing time for them.”

With the summer now upon us, iRacing’s world championship series are in full swing, and one driver leads the way for both road titles.

In the Porsche Esports Supercup, which had qualifiers including an in-person event in Leipzig last winter, Joshua K. Rogers has two wins in four races — in the series-opener at Barber and the most recent round at Montreal — to lead the field with 500 points scored.

The fifth round of that series’ ten-round season takes place next weekend at Canadian Tire Motorsport Park.

The VRS GT iRacing World Championship Series is now halfway through its six-round endurance schedule, and Rogers’ VRS Coanda Simsport #81 team also leads the way there after going a perfect 3-for-3 so far.

In the most recent round at Imola, the margin of victory was just 1.7 seconds for Rogers and Krönke over their teammates deJong and Mack Bakkum. Williams Esports Razer with drivers Laurin Heinrich and Nils Koch finished third.

While the pair of Coanda BMWs lead the standings, Red Bull Racing Esports has used two podiums by Sebastian Job and Frederik Rasmussen to cement third place in points.

Meanwhile, Apex Racing Team competitors Fluke and Alex Simpson finished sixth in round 2 at Suzuka and are in tenth place overall.

The series gets back in action on July 6 with a six-hour race at the Nürburgring.

In the broadcasted top split race, Coanda joined its points-leading VRS GT series teams together to win in the Audi R18. The Porsche 919 Hybrid of Pure Racing Team finished second, and Thrustmaster Mivano Racing’s Audi with Tommaso Carlà, Marcus Hamilton, and Will Tregurtha was third.

Other NEO season-five teams competing in the P1 class included SimRC.de Emerald in fourth, MSI eSports in fifth, and Race Clutch in eighth.

Williams JIM Esports Yellow, including five drivers from last season’s #96 and #97 teams, was fourth, while ZENNITH eSport was seventh and Odox Motorsport was eighth in the class.