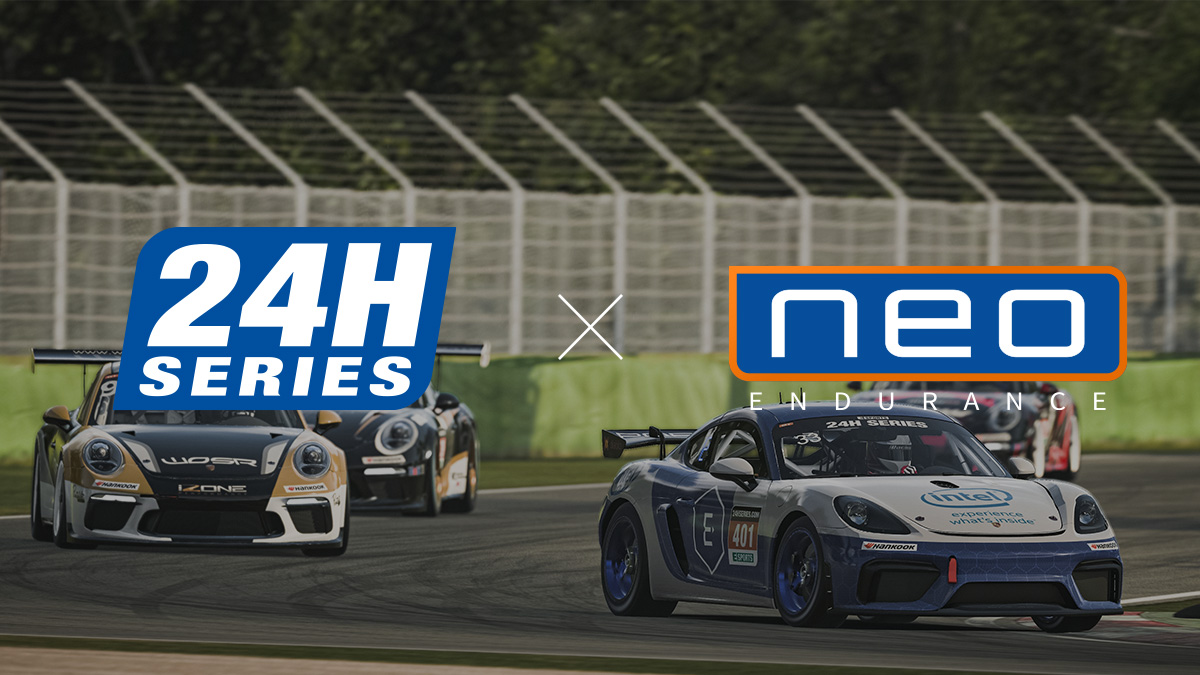 CREVENTIC is very pleased to announce that NEO Endurance, a brand partner of the Dutch promoter since 2019, will be re-branded as ‘24H SERIES ESPORTS’ for 2021 and beyond.

NEO Endurance’s affiliation with CREVENTIC first began with the inaugural 24H SERIES ESPORTS racing league in 2019, a virtual endurance series hosted on iRacing Motorsports Simulation software and held across six different Grand Prix venues. These included digital and highly accurate representations of Spa-Francorchamps, the Circuit of the Americas, and Barcelona among others.

Earlier this year, in March, NEO Endurance also hosted the first exploratory 12H MONZA E-SPORTS, an iRacing event dedicated to the teams and drivers synonymous with the 24H SERIES powered by Hankook.

Now, following successful feedback thus far from the first 24H SERIES ESPORTS season as well as CREVENTIC’s own iRacing 12-hour events held at Monza, Spa-Francorchamps and Barcelona in 2020, the Dutch promoter will pursue the world of endurance iRacing with a new official championship as part of the ever-expanding 24H SERIES program. Moving forward, NEO Endurance will continue to host all rounds of the 24H SERIES ESPORTS, now as an official partner of CREVENTIC.

All social media channels and the official NEO Endurance website will be re-branded accordingly in due course.

Ole Dörlemann, CREVENTIC sporting coordinator: “We’re very pleased to continue and development our partnership with NEO Endurance into 2021. CREVENTIC took its first explorative steps into online motorsport with NEO Endurance last year, and with the popularity and significance of sim racing continuing to grow, we’re looking forward to expanding the 24H SERIES profile across this platform next season and beyond. We certainly have the right partnership to make this happen.”

Niel Hekkens, NEO Endurance: “It is exciting to take this next step with sim racing. This change shows how big sim racing has grown over the years and how much potential is left to explore. As an official part of CREVENTIC, I’m confident we will able to bring sim racing and real-life motorsport closer together.”

Co-founded in 2012 by Niel Hekkens and Egil Sandfeld (hence the abbreviated NEO for ‘Niel & Egil Organisation’), NEO Endurance is a dedicated league for online endurance racing, one that works in tandem with live stewards and sanctioning, live broadcasts, and regulations akin to real world motor racing. iRacing simulation is as realistic as fans of online motorsport can get, as proven by the myriad series and programs NEO Endurance has run for almost a decade, focusing on but not limited to multi-class GTs, touring cars, and prototypes.

Niel Hekkens will remain at the helm of the organization and will continue to oversee all 24H SERIES esports events held heading into 2021.