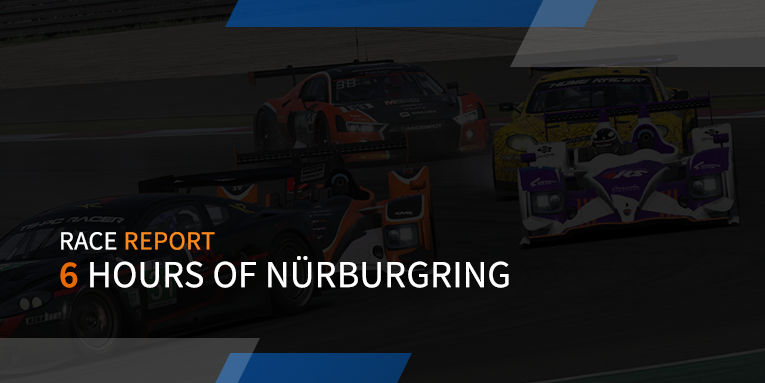 The first half of the season consists of the overseas races in the USA and Japan. We start the second half of the season with our European tour. Starting at the iconic Nürburgring in the Eifel mountains. This track is known to be challenging for the drivers, especially in multi class racing. A lot of on-track battles are expected.

Fierce duel in the Eifel mountains

Qualifying was close again in all three classes. Especially the battle for the pole position was very close. VRS Coanda Simsport and CoRe SimRacing P swapped positions a couple of times. After the checkered flag dropped, it was Martin Krönke who snatched pole position. The difference was 0.017 seconds. Thrustmaster Mivano Racing and Team Chimera occupied the second row.

Right from the start of the race is was obvious VRS Coanda Simsport and CoRe SimRacing were in a class of their own. Both cars extended their lead as the race progressed. The top three lapped the rest of the field after six hours. Cars 1 and 22 battled throughout the whole race and neither of them let the other car go. With 30 minutes to go in the race, CoRe SimRacing tried to pass Coanda Simsport for the lead but made contact. This resulted in a spin and damage for the 1 car. CoRe SimRacing received a 15 second stop and hold from race control. Giving the win to the defending champions: Coanda Simsport. Fortunately for the 22 car they had a lap lead over the other cars and their second place finish was never in danger.

The best of the rest was Thrustmaster Mivano Racing, finishing in third. Friction Racing finished in fourth and Pure Racing Team Black in fifth, both one lap down. Another lap down it is TeamGT HPD and Radicals Online in sixth and seventh. It is not a great season for Radicals Online. It seems the team is nowhere their performance from previous seasons.

The Nürburgring is a home track for Heusinkveld CORE Motorsport. They were determined to get a good result here. They did, leading the race from start to finish. The only time they gave up the lead was during pitstop rotations. VRS Coanda Simsport qualified the car in second. Due to an engine failure they had to park the car behind the barriers. This is the first time for Coanda Simsport they do not score points in a NES race. 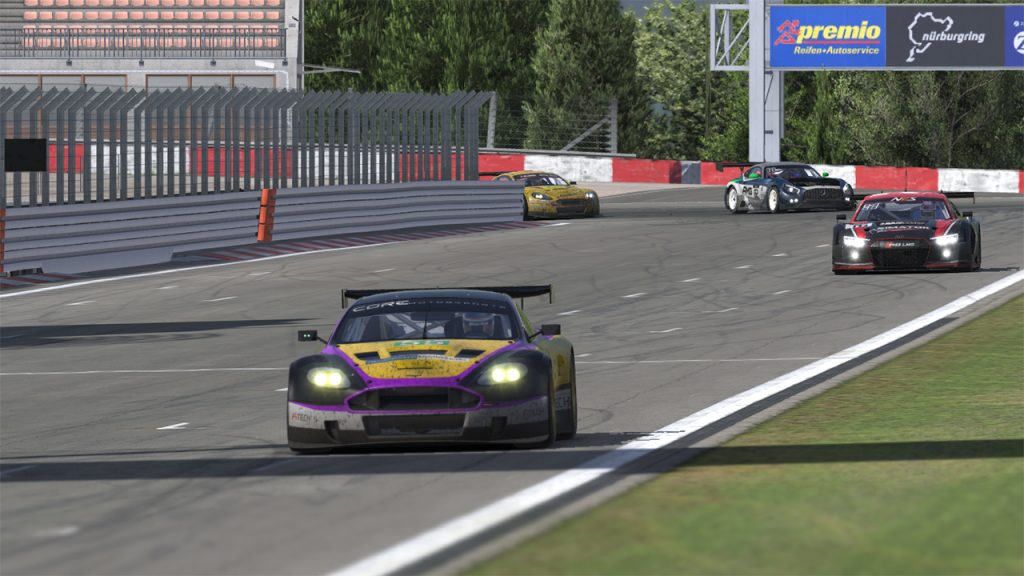 Car 66 of Torrent Motorsports had another solid race, finishing in second. Also for SimRC.de it was an home race. SimRC.de Crimson took the last step of the podium, which is the first podium finish for the 33 team. The sister car, Iris car, finished fourth. Team Chimera finally had a top five finish after a couple of bad results. Pure Racing Team GT had their best finish of the season in sixth. Vendaval Simracing and SRN Motorsports finished in seventh and eighth. Fenix Motorsports are the best Corvette finishing in ninth. IRDK Assault Racing rounds up the top 10 with their Corvette.

Pure Racing Team GTS dominated the first half of the season. At the Nürburgring PRT got some more opposition from the other teams. MSP Drivers Home car 85 qualified on pole position, in front of Pure Racing Team. For a long time it looked like the 85 car could win the race, but some incidents at the end of the race cost them the victory. Pure Racing Team took their fourth win of the season with their Audi R8 LMS. 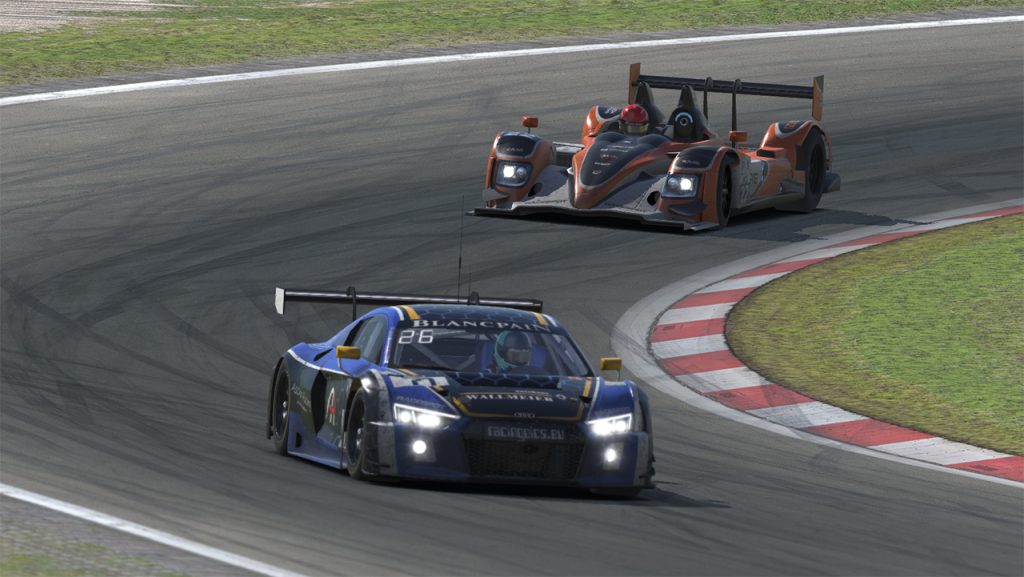 Odox Motorsports had a solid race and finished second. This is their second podium finish of the season. Team RSO also had success on home soil, by finishing on the podium in their Mercedes AMG GT3. Despite the late race incidents, MSP Drivers Home 85 managed to finish in fourth place. Thrustmaster Mivano Racing GTS finished in fifth.

CoRe SimRacing GTS finished in sixth, which is their best finish so far. Gathering of Tweakers and MSP Drivers Home 83 had an exciting final lap, battling it out for seventh. At the finish line it was Gathering of Tweakers ahead in front, finishing seventh. Shinya Michimi SimRacing finished in ninth. Atomic Motorsport finished tenth, after a brave strategy call in the beginning. Unfortunately it backfired for them, causing them a lot of time on used tires.

Each race the teams with the least amount of incident points get rewarded for their safe driving. This prize is sponsored by the Motorsport Safety Foundation. They are committed to make motorsport more safe. For more information, go to motorsport-safety.org.

Full results and championship standings are available on the website. The race is also available on demand in the NEO race archive.

The penultimate round of the NEO Endurance Series takes place at Circuit de Spa-Francorchamps, on February 19th at 15:00 GMT. This race will be broadcasted by RacespotTV on iRacing Live.