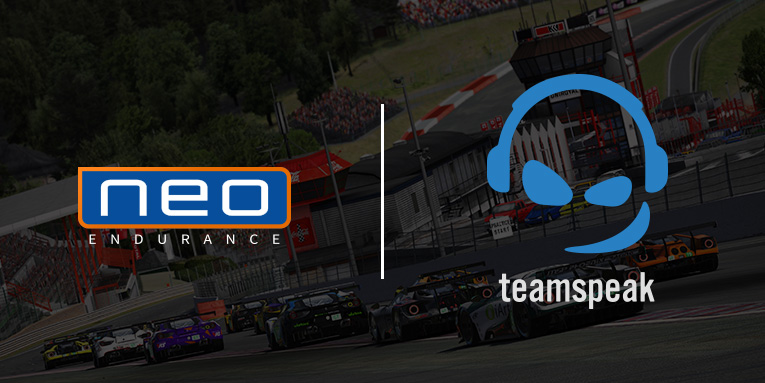 The team members, drivers, officials, and RaceSpot commentators taking part in the newly announced 24H SERIES ESPORTS series will be better connected during the races this season with help from the series’ newest official sponsor.

TeamSpeak, the popular voice chat client for multiplayer gaming, is sponsoring NEO to provide a server for the new season. All race-day communications will take place over TeamSpeak, which the NEO Endurance Series used exclusively for its first three seasons.

NEO co-founder Niel Hekkens said there are several advantages that come from having TeamSpeak as a series sponsor, but the main one is having the broadcast commentators just a click away from series competitors.

“We can have RaceSpot on the same server,” said Hekkens. “This will make having interviews during the races much easier.”

In addition, TeamSpeak offers more control over server and channel permissions, as well as the ability to transmit to multiple channels at once when needed.

The series will continue to use its Discord server for communication through text between races, but beginning with the morning warmup on race day, all series participants will be expected to join the TeamSpeak server, which will have a channel for each team.

Login information will be shared with registered teams in the coming weeks.

For more information about TeamSpeak or to download the software, please visit teamspeak.com.