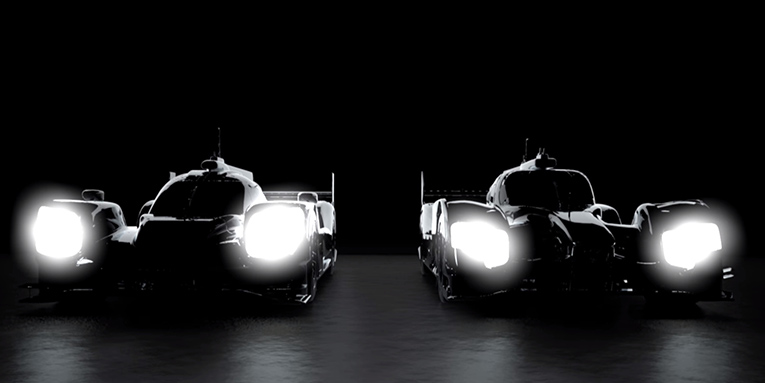 The hybrids are here!

Beginning this fall in the fifth season of the NEO Endurance Series, two of the fastest and most successful prototypes ever in international competition — the Audi R18 e-tron quattro and Porsche 919 Hybrid — will join the grid in the new LMP1 class.

Those Audi and Porsche prototypes and their predecessors combined to win five World Endurance Championship titles and every edition of the 24 Hours of Le Mans between 2011 and 2017. While those real-world cars have since been retired from racing competition, they live on in iRacing, including in the upcoming NEO Endurance Series season.

These two new cars will bring many intriguing storylines with them. Which teams will dare to take on the LMP1 beasts? Which flavor of German engineering will prove most capable of navigating a full NEO season? Who will unlock the speed secrets and tune their turbos to beckon the best hybrid holeshot? And will the new cars play nicely with others?

Oh, that’s right. Not to be forgotten, there are two other classes in the mix next season, and they’ll be a familiar sight for drivers and viewers of season 4.

The LMP1s may have bumped the HPD ARX-01c from the top of the prototype pecking order for the first time in NES history, but the indelible HPD will still be on the grid. It will remain the lone vehicle in the LMP2 class, where various versions of Honda’s prototypes spent their real-world heyday from 2007 to 2011.

This will also be its fifth year of NEO competition, so teams with an extensive HPD notebook can expect to find the same sleek open-cockpit prototype awaiting them in the paddock. On track this season, though, they’ll have to deal with traffic both in front of them and in their mirrors as they learn to fit in as NEO’s new middle class.

Next season’s GT stable will look the same as in season 4, with the Ford GT and Ferrari 488 GTE cars rejoining NES after providing some of the most competitive inter-class competition in series history.

UPDATE: The Porsche 911 RSR will also join the series in season 5, bringing a third car to the GT class.

Last season, Ferraris swept all six race wins and the top four positions in points. Building on that success, the prancing horses will look to continue their romp in the GT class while Ford teams will hope to fight back with some fire power of their own in the latest chapter of a decades-old sports car racing rivalry.

This five-car lineup brings NEO’s season 5 grid back to three classes after running with just two in season 4. While the two extra cars may make things busier on the track, iRacing’s new feature allowing custom car classes in hosted races should make it easier for drivers to keep track of their positions in-class, as well as how quickly those speedy LMP1s are closing in on them.

For many series drivers, endurance racing fans, and even NEO officials, the addition of the LMP1 class is a long-time dream come true.

“We are excited to welcome the Audi R18 e-tron quattro and Porsche 919 Hybrid to the championship,” said NEO co-founder and series director Niel Hekkens. “Since we started NEO Endurance in 2012, the FIA WEC and the 24 Hours of Le Mans have been our main inspiration and we always hoped to have LMP1s in NES as well. Now this moment is near!”

That synchronization with the World Endurance Championship included a visit to the 6 Hours of Spa in 2015, where Hekkens was able to take an up-close look at race control and the cars themselves. At that race, the LMP1s made a strong impression.

“These LMP1 hybrids are some of the most technically advanced racing cars in the world. Witnessing the acceleration of these cars in real life was truly mind-blowing,” said Hekkens. “Also, the lack of engine noise from the Audi R18 stunned me when I stood at the fence at Spa-Francorchamps. It’s amazing how such a powerful machine barely makes any noise.”

You can expect to hear more noise from NEO as the new season draws closer. The season 5 schedule will be revealed in the coming weeks, and the full regulations, including the number of entries allocated per class, registration details, and pre-qualifying information, will be announced later this summer.

Until then, drivers and teams eager for a taste of multiclass competition in these same cars can try out the official iRacing Le Mans Series, which runs sprint races every other hour, and the Le Mans Endurance Series, which runs six-hour races every other weekend and will play host to the official 24 Hours of Le Mans on August 18-19. Perhaps that race and those two series will provide an early preview of the teams to watch for when the new NEO season arrives.