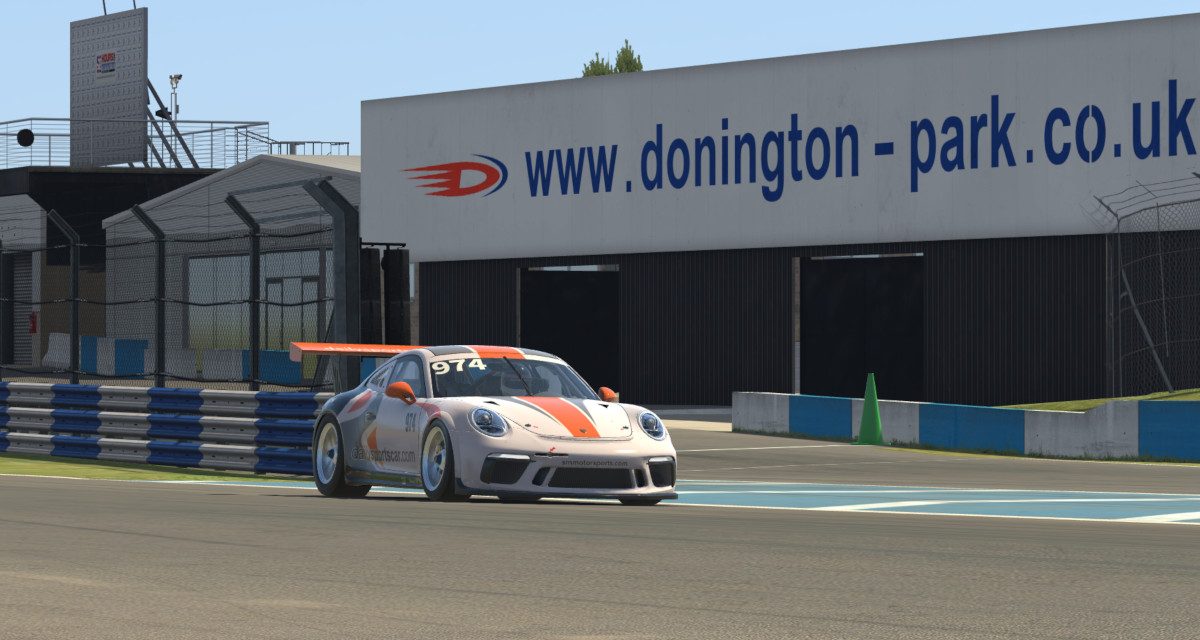 NEO’s web correspondent returns to the driver’s seat this season, and Corey will share his experiences in this In-Race Reporter series, cross-posted on neo-endurance.com and his personal blog, The Driver Diary.

I was never supposed to be in this position.

Midway through the last NEO season, I decided that it would be my last as a driver. Both writing about and competing in the series proved to be a bigger time commitment than I could make, and when forced to choose, I figured I was a more successful writer than racer.

If I needed any more convincing, the Interlagos race was the final nail in the coffin. I came out of the pits and immediately into the fire, swamped by faster drivers behind me. I couldn’t match their pace, and the unrelenting rush of prototype traffic left me exasperated and venting over the team radio.

After just one of my two scheduled stints, I bailed out, handing the car back over to my teammate Karl and insisting that having him — or anyone else besides me — was our best hope for a decent finish.

My final two appearances of the season at Spa and Le Mans went better, but I had still made up my mind. My driving duties in NEO would end at the checkered flag in La Sarthe.

After barely driving this summer, I was even more convinced. NEO is a young driver’s game, I told myself, or at least one for someone faster and better practiced than me.

When Niel Hekkens, the series director, told me about his meeting with 24H SERIES representatives and that NEO could be moving to a different format, I was intrigued, but mainly as a journalist. New classes, different cars, and an esports partnership would give me plenty to write about.

When one of those cars wound up being the Porsche 911 GT3 Cup — my favorite on iRacing — I felt that competitor’s craving return, but only briefly. Driving and writing about the same series could create perceptions of a conflict of interest, and it was better to do one of them well than risk doing both of them poorly.

As my SRN Motorsports teammates began dividing into pre-qualifying entries — one in the GT3 class and another in the TCR — I wished them well with no regrets about sitting out.

But as a spot in the fast-filling, talent-loaded TCR class began to feel unlikely for them, they called an audible and changed to the 991 class.

And that’s how I got in this position.

This wasn’t the first season our team faced the gauntlet of pre-qualifying to make the NEO grid. Two years ago, when SRN expanded from one car to two, our GTE team had to find September speed around Silverstone in the Ford GT.

But in that case, I was the slowest of our four drivers and didn’t expect the team would need me. While they did give me a chance to make a 10-lap run, they waved it off midway through when it was clear I didn’t have enough pace to be one of our two fastest drivers.

It was the right decision and I was just happy they gave me a chance.

This season was different, though. Karl and I were our 991 team’s quickest drivers in practice, so I would either have to get up to speed after months of driving nothing, or I’d spend the season on the sidelines as I originally planned, although it wouldn’t be on my own terms.

While the Porsche has always felt like a natural match for my driving style, which was honed in heavy stock cars free from most downforce, the change of venue for this season’s pre-qualifying event gave me a new challenge.

The last time I drove Donington was in my short stint as an iRacing beta tester, when driver swaps were in development and a new circuit was the least interesting feature to be found.

I knew the circuit layout, but learning its intricacies in the Porsche — how much to lift for turn 3 to set up the turn-4 braking zone, or how to carry the most speed through the backstretch chicane without taking a run-ending off-track, or which angle of attack worked best in the two hairpins — was another matter.

And given our team’s late class change, I had less than two weeks to figure it out.

Getting to that point is one of the things I love about racing, though. I saw steady progress as practice paid off. Early on, my fastest laps were in the 1:31.4s. Breaking into the 1:30.9s was a big accomplishment. A cram session with Karl helped us both hit the 1:30.7s, and later, the 1:30.4s.

We both felt like being one of the top 13 teams in class was achievable, but it would take a solid effort — one that we couldn’t second-guess, lest we withdraw one of our times and try again in a later session.

Those scenarios had floated through my mind, but on qualifying day, it was time to face the truth.

I woke up early to join the first session, mainly to see what track conditions and traffic were like. Twice, I started a run but had to abandon it after running up on slower cars. Neither time was the fault of the other team, but my frustration was borne out of desperation, with the clock ticking and opportunities to get in a good run potentially few and far between.

I managed a 10-lap run averaging a 1:30.931, but knowing I was capable of better, it was a no brainer to go out again in the second session.

In that one, Karl led off with a strong run averaging a 1:30.696. Earlier in the week, we had discussed our target time, and anything under a 1:30.7 felt like it might be good enough to stand on.

Now, it was my turn to back that up.

My first attempt started with laps mostly in the 1:30.8s. I finished it anyway, mainly as a banker run and to build some speed and confidence. After ten laps, Karl’s voice broke the radio silence, telling me my average. 1:30.856…

My second attempt started better but had two slow laps midway through. A car exiting the pits ahead of me hadn’t impeded me but was enough of a distraction to make me miss a few corners. 1:30.775…

By then, I knew I had the speed over a single lap. I just needed to put ten of them together.

After a moment of excitement and disbelief that I’d run such a quick lap, my next emotion was… concern?!

All week, I had been driving against the same split times for my previous best lap, in the 1:30.4s. I knew where that lap was strong — from turn 6 through the chicane — and where I could consistently improve, like in turn 4 and the final two hairpins.

Setting a new best lap erased those reference points, and having to adjust to the new ones could have thrown off my entire rhythm and left me pushing too hard in places where I was no longer making up time.

Just finish the run, I told myself. You don’t need to be perfect. Just don’t screw up.

My times did fall off, mainly out of caution, but one mistake on the final lap was the result of unneeded aggression, perhaps from the excitement of having such a good run going or from the eagerness to finish it.

Entering the chicane for the last time, I braked too late. I missed the first apex and by mid-corner expected I might blow through the second. Visions of that horrible green “Off Track (1x)” text flashed through my mind, but fortunately, not across my screen.

But on that day, a bit of kind-hearted teasing was secondary to our accomplishment. As I watched the lap times continue to roll in and realized during the final session that our team’s average time was safely inside the top 13 — ranked tenth, after all was said and done — I felt like I belonged in NEO.

Out of practice and seemingly out of hope for continuing my NEO career as recently as a month ago, the irresistible call of my favorite car and a pre-qualifying performance under pressure mean I’ll be pulling NEO double duty once again.

I’m not planning to drive in every race since I still want to devote time to coverage of the series, and I know I’ll never be the fastest Porsche driver on the track. But I do hope being behind the wheel will give me insights about the competition and strategy in the new 24H SERIES ESPORTS season, and I plan to share my first-hand perspective as an in-race reporter.

Look for these posts after my race appearances all season, and perhaps you’ll even hear me on the broadcasts from time to time.

If I’m going to be in an unexpected position, I might as well bring you along for the ride!