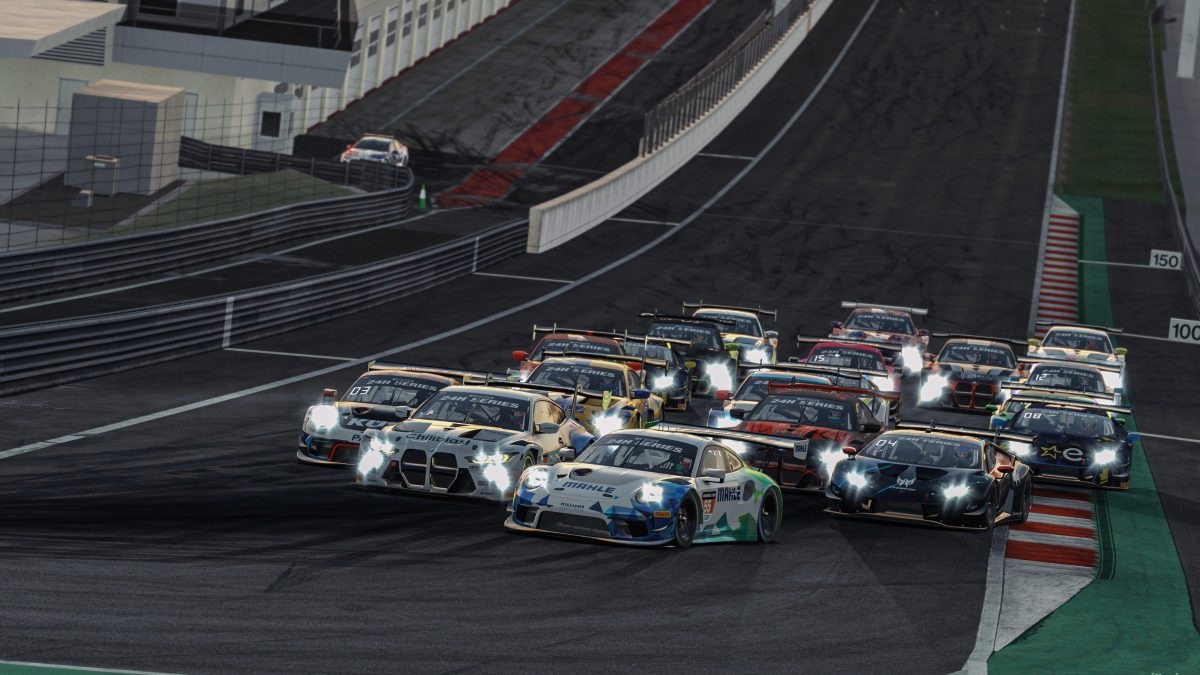 It’s all change in the GT4 and the TCR classes in the coming season of the 24H SERIES ESPORTS. Over the past year iRacing have been busy stacking the grids of these two classes with shiny new content, and a number of these new cars will be awaiting their debuts in a couple of months’ time.

The first of our classes with a new look this season is the GT4 class. Last season it was an all-Porsche affair, with not a single team choosing the BMW M4 GT4 over the Porsche 718 Cayman GT4 Clubsport MR. This season, teams will have to made a different choice: out go the Porsche and the BMW and in come the Aston Martin Vantage GT4 and the Mercedes-AMG GT4. The latest additions to the GT4 ranks on iRacing will make this class a challenge in mastering the FR V8 layout, a contrast to the mid-engined Porsche of previous years. Those who master the new platform quickly will surely be at an advantage in the early part of the season.

It’s a similar story in the TCR class. For three seasons the Audi RS 3 LMS reigned supreme in the front-wheel drive, turbo-charged touring car class, but that is now over. The Audi will be replaced by two newcomers to iRacing this past year: the Honda Civic Type R and the Hyundai Veloster N TC. Both small hatchbacks turned into proper racing cars, each provides a different challenge to the teams. The addition of these two TCRs also means that for the first time, the 24H SERIES ESPORTS will feature on its grid a non-European car!

Let’s not forget the line up in the GT3 class. There is no change here, as the BMW M4 GT3, Lamborghini Huracán GT3 EVO and the Porsche 911 GT3 R return for another season of hard-fought endurance racing. A note to be made here though: when we say “no change”, what we mean to say is “no change on the track”. One mustn’t forget the Mercedes-AMG GT3, which for three seasons was an option for the teams in the top class. Last season however, it was not selected by any of the teams and therefore did not feature on the grid. While for this season the EVO model has been released on iRacing, the three-pointed star will not make its return to the GT3 class.

And last but not least, the 992 class, which evolved last season from the 991 class when the new 992 Cup contender was released on iRacing shortly before the start of the season. Once again the Porsche 911 GT3 Cup will make its return to the series. The evolution to the previous model has proven a popular car on iRacing, and it will be interesting to see how this translates to the interest in the 992 class in the 24H SERIES ESPORTS. Might the 992 class become the biggest class this season?

Sign ups open in exactly one week from now on 1 August. That leaves 7 days to decide what car to pick in each one of these classes!