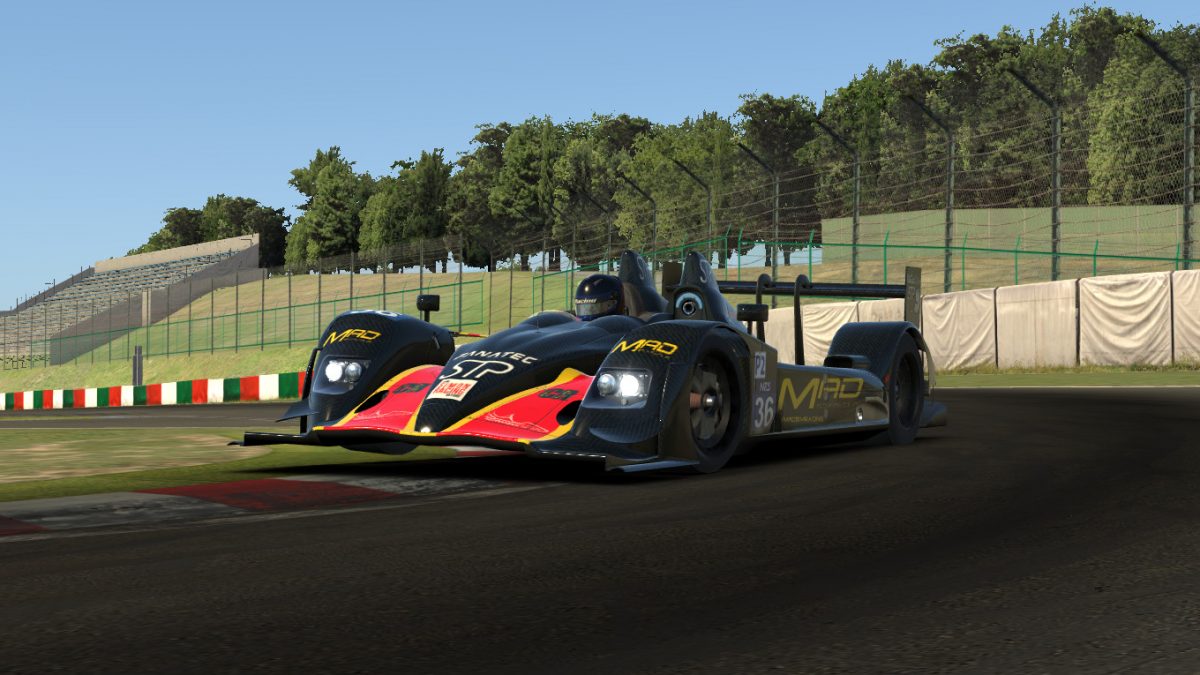 This article is the first in our series of profiles about teams on the NEO grid.

An Englishman, an Irishman, and a Scotsman form a sim racing team…

No, this isn’t the beginning of a joke with some off-color punch line. In fact, it’s the start of a success story that included one of the best comeback efforts of the most recent NEO Endurance Series season, as well as one of the closest points battles in the RaceSpot 24 Hours of Le Mans.

For Team MAD, a NEO rookie last season, their story dates back four years to when those blokes from the British Isles banded together.

One of them was Dave Crozier, the current manager of Team MAD. He said the team started as an association between himself and Trevor Blackburn for the British Sim Racing championship.

“We both found ourselves as privateers in a new league ran by BSR called the Club Series, so decided to team up to form ‘DTRacing’,” said Crozier.

“The following season, the rules changed to make teams of three drivers, and we were joined by Jim Flanagan and changed the name to ‘Team MAD’.”

That name was the result of a not-so-smooth start to their partnership.

“We nearly called ourselves ‘Team Bad’ as none of us were particularly quick,” joked Crozier. “However, before we decided on the name, in a practice race, all three of us had been driven into by other cars and resultant rages led us to go with ‘Team MAD’.”

While they continued to race together mostly for fun in the BSR league, they soon found their team expanding — and winning.

“Work commitments for myself opened a seat for a new entrant to the league, Diogo Melro,” said Crozier. “He proceeded to win the championship that year and led the team to win the team’s championship of the BSR Club Series driving the Kia.”

That was only the beginning of what soon became a touring car dynasty.

“There were five seasons of that league, and three years later, all three drivers who won the championship drove for Team MAD,” added Crozier.

That success brought about more growth. Team MAD now has 15 active drivers who are mostly British, but also represent Portugal, Germany, Poland, and the Netherlands.

“Mostly they are touring car drivers — if you class the Kia as a touring car — but some race prototypes in official series while some including myself race ovals,” said Crozier.

Chris Wood was one of those newer additions, and after bouncing from team to team before that, he finally found a sim racing home.

“Team MAD is my third team to be a part of officially, but easily the most successful team to race with,” said Wood. “Out of the three teams, this has been the best one for me.”

Looking to break the touring car mold, Team MAD began targeting other series, including iRacing special events. With Wood, Melro, and Dennis Melchert driving, they scored a fourth-place finish in the P2 class during the 2018 24 Hours of Le Mans.

Then, with a bit of prodding last summer from one of NEO’s own, they set their sights on qualifying for the Endurance Series.

“One of our team, Paul Smith, has stewarded for NEO and said why not try to qualify for it,” said Crozier. “We adopted a position that even if we don’t qualify, it will be great experience.”

Up against some of iRacing’s top prototype teams, they weren’t keen on their chances to even make the NEO grid.

“When we entered, we knew the competition would be tough — probably tougher than what the BSRTC Pro Series throws us,” said Wood.

He also noted that the differences between touring cars and endurance racing forced the team to adjust their approach to driving.

“NEO is a big eye-opener to the bigger world of endurance racing,” he said. “The [BSR] Pro Series is short, close-quarters touring car races, which are fast-paced and action-packed, whilst NEO is endurance and strategic racing, with the odd close-quarters racing thrown in to spice things up.”

When they got a bit too close to their competition in pre-qualifying, it was nearly shades of Team Bad all over again.

“We had a coming-together with a GTE car, and at that point I didn’t think we’d qualify due to driving standards,” said Wood.

Of course, they did make the cut after an eleventh-place finish in the pre-qualifying race. From there, though, their expectations weren’t too high for the season itself.

“Getting to the end of the season and not being last was setting the bar fairly low, I know,” said Wood.

As preparations continued for the most difficult season their drivers had ever been a part of, they realized how steep the learning curve would be.

“Being so relatively new, we had to learn fast and make big improvements in areas such as setups that most teams already had a decent base for,” said Pete Harrod, one of the team’s five drivers last season. “It was a testament to the team that we were able to step up and take the fight to some big-name teams and drivers!”

Their season started with another eleventh in the opening round at Sebring as Wood, David Baker, and Miguel Freitas kicked off the team’s first NEO campaign. The team followed that with their first top-ten — a ninth-place result — at COTA.

Wood was caught up in the lap-16 pileup at Interlagos, which could have been the nail in the coffin for their hopes of finishing well in the standings.

However, they rebounded in the following round at Suzuka, as Melro and Harrod guided the #36 HPD to a fourth-place finish.

Harrod recalls the team being short-handed for that race and running “quite a different aero setup to most teams”, but their gamble paid off with their best finish of the season.

Although all drivers contributed to their setups, much of the team’s knowledge came from one source. Maciek Sakowicz, one of the team’s former BSR Club Series champions, proved his merits outside of the car acting as the team’s crew chief, race engineer, and spotter.

He was “the unsung hero of our team,” according to Wood.

“For our first season, without him, I’m not sure the top eight would have been in sight!”

It was, but only barely. After finishing twelfth at Spa, they entered Le Mans twelfth in the class standings, trailing eighth-place Schubert Motorsport by 14 points.

In the 24-hour finale, the team adopted a more conservative driving style and stuck to their strategy even after falling to the back of the P2 field in the opening hours.

“We were running our own race effectively, but keeping our eyes on close rivals to understand how we were doing,” said Wood, who along with Melro drove a team-high 117 laps in the race.

As the hours passed, Team MAD found itself on the cusp of the top five while those rivals — including Schubert, the World of SimRacing Team, and SRN Motorsports — encountered problems.

“It was from the consistent driving through the night the team finally started to rise to somewhere we realized might give us a shot at eighth,” said Harrod, who shared the car at Le Mans with Melro, Wood, and Baker.

Their main competition for eighth in points and the final automatic invitation to season six became the Finns from Inertia SimRacing Corsac, and it was clear that the margin between them would be slim — likely one point either way, or perhaps even a tie.

After entering the race as an underdog, they watched their wildest dreams become a reality as the clock ticked down. In the tiresome yet tense final hours, Harrod finished the job his teammates had started and brought the car home in sixth place.

“For me, it was nerve-racking being in the car for the final stints as it was the first time I’d finished a car in any endurance event, so I was well aware it was down to me to maintain all the work the other drivers had done during the race,” said Harrod.

With Inertia two spots behind them when the checkered flag waved, they were tied in the standings, but that mid-season turnaround drive at Suzuka proved yet again to be the difference-maker, breaking the tie in Team MAD’s favor.

For Wood, that result defined how far the team had come.

“Ultimately, I think coming across the line in the final race, we knew as a team that we really did push the boundaries of what we can do, we smashed our goal, and we all enjoyed the season hosted by NEO,” he said.

While that accomplishment hasn’t quite sunk in for Crozier — “it still takes getting used to the team having an automatic invitation to season six,” he exclaimed — he’s also not surprised that this team was able to get the job done.

“The team’s ability never stops surprising me,” he said. “The NEO season had the guys step up to top-level competition and show they deserved to be there.”

Part of the reason goes back to the very foundations of Team MAD.

“I see each member of team as a good friend, and there’s not much better than racing with friends.”

From club racing buddies to touring car champions to a name made in NEO, Team MAD has come a long way from its humble beginnings.

And that’s no joke.