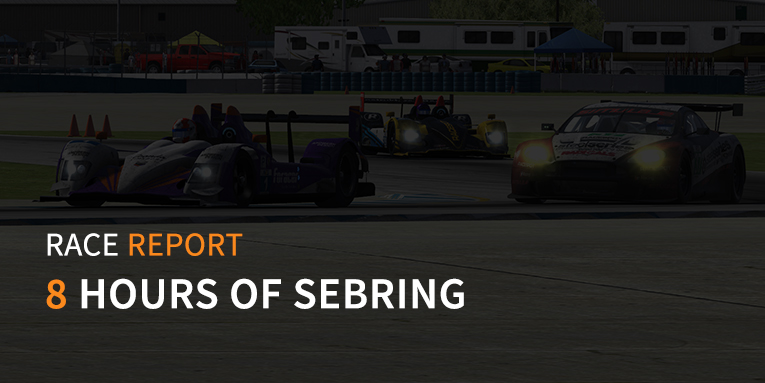 On Sunday October 18th season 2 of the NEO Endurance Series kicked off at Sebring International Raceway with a 8 hour race. A lot has changed and/or improved during the off-season. The new tradition of starting the season in Florida has proven to be a great show with lots of hard and fair racing in both the Prototype, GT1 and GT2 classes. 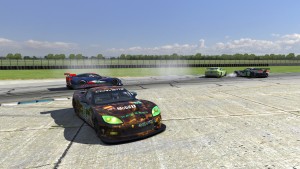 The race started at 13:00 GMT and quickly the first drama appeared when the Corvettes of FRT Hawkers and Fenix Motorsports had a collision at the start of the Ulmann Straight. The Dart Frogs could not avoid the two cars and ended up with a heavy damaged Aston Martin DBR9. Result was that both The Dart Frogs and Fenix Motorsport had to end the race because of excessive damage to their cars.

From here on the field of cars was trying to settle in to a rhythm in the sunshine. It was hard to find grip with the warm temperatures. Some teams attempted to get solid points home in this first race of seven, without risking it all. Other teams were eager moving through the traffic, so race control was a busy place for the first 3 hours dealing with quite a few incidents and protests. Luckily there were also enough time for some great racing in each of the three classes.

In the prototype class there are a couple of teams who are evenly matched and had a shot at the victory, and possibly the championship. In the first couple of hours the top five cars were battling each other for the lead with Foracer Coanda Simsport and Friction Racing swapping the lead throughout the race. After eight hours of racing it was Foracer Coanda Simsport on top of the leader board. Friction Racing took second place, finishing within the same lap as the leaders. The final step of the podium is for Radicals Online, who did had some troubles throughout the race.

In fourth it is the #16 HPD of newcomers Vortex Simracing, thanks to four very consistent drivers. Team Chimera #24 had a fast car, but were hit in the middle of the race by Radicals Online in turn 17. Luckily Team Chimera could repair their damage and finish the race in fifth. Gathering of Tweakers started the race very strong, driving in the top five and even lead a lap. In the middle part of the race small mistakes were made which they could not recover from, finishing in sixth. vApex Engineering, who also had a solid drive throughout the race finished seventh in their NES debut.

NES rookies win at their debut

With season 1 GTC winners VergilRacing qualifying on pole position, it looked like yet another race would be in their control. However on lap 124 after leading the race a small bump coming out of Sunset Bend made their car lose grip and snap into the left side wall. This gave a chance to newcomers Thrustmaster Mivano Racing. In their NEO Endurance debut the team positioned themselves as an incredible team running not only quick but also stable and took the first victory of the season. Leading with one lap gap to 2nd placed #36 Vortex SimRacing, the Thrustmaster Mivano Racing team was the second cleanest GT1 team in the 8 hour race. Despite a minor contact between the Vortex SimRacing and #37 Radicals Online in turn 1 after 53 minutes both teams could do well in the remainder of the race. These two teams finished in second and third place. 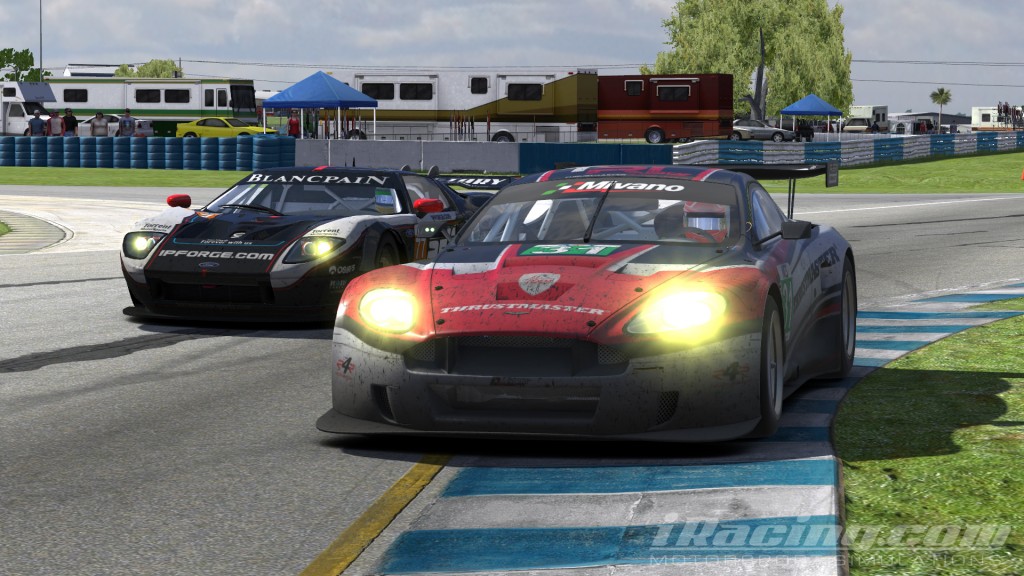 The Corvette of Hammer Down Racing finished in fourth position. There was an early race incident with a prototype car, but the team was able to fight back and finish ahead of Falcon-GP in fifth. SRN Motorsports, runner ups in GTC class last season, finished sixth by staying out of trouble. #54 Team Chimera also managed to stay out of trouble, finishing in seventh in class.

Rise of the Fenix

Last seasons champions in GT class, New World Sim Sport, merged to a new team: Fenix Motorsports. They are also one of the favorites for the title in GT2 this season. The drivers of the #73 car, showed why they are the defending champions in the Ford and took the first victory of the season in GT2 class in a dominant fashion. IRDK Assault Racing finished second one lap down, after having the lead in the opening part of the race. SimRC.de fought their way back onto the podium in an recovery drive from the back of the field. 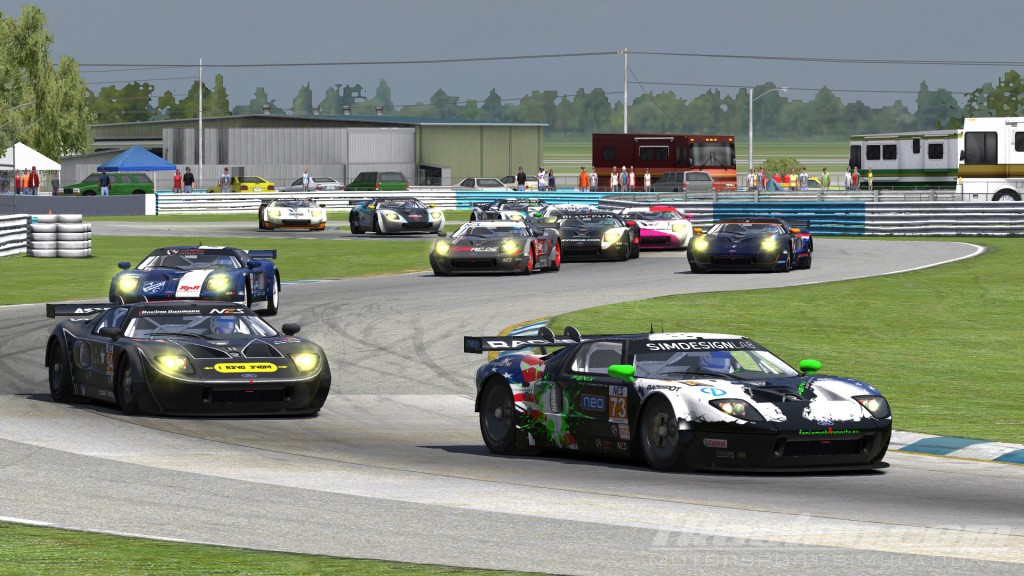 Gathering of Tweakers 2 finished in fourth place by showing great consistency. The pace of the next three teams were very similar. KRT Motorsport was the fastest of these three and finished fifth. For Torrent Motorsports the race should not have been any turn longer. Right after the finish line their Ford GT was out fuel and finished in sixth place, right in front of the #88 car of Racing Lions. Virus was classified eight after a timing glitch correction by the stewards.

For full results of the race, go to the results page on our website. The standings are also up to date.
The race is also available in our media archive.

The next NEO Endurance Series event is on November 15th at Circuit of the Americas in Austin, Texas. The 6 hour race starts at 15:00 GMT and is broadcasted live by RacespotTV on iRacing Live.
To stay up to date, like us on Facebook, follow us on Twitter and check our website.
See you at COTA!