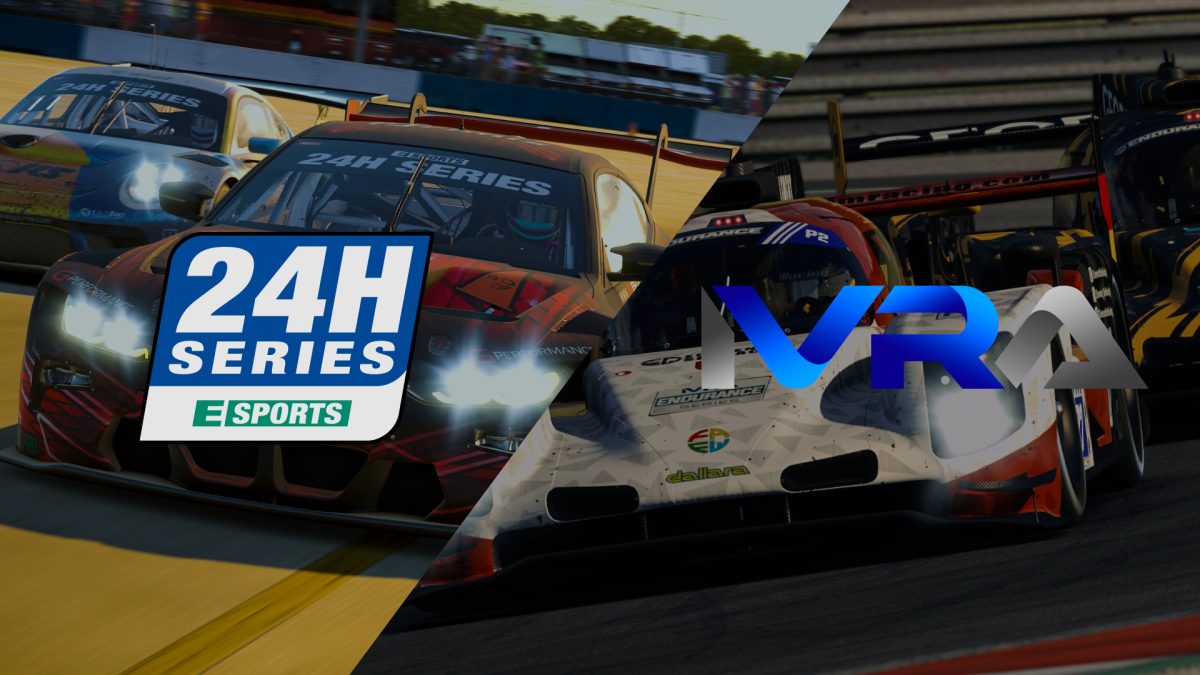 A long term deal has been struck between IVRA and 24H SERIES ESPORTS that will provide a number of benefits to teams and drivers, with increased competition and more chances to enter into some of the biggest series in simracing.

For the 2022/23 season, all of IVRAs traditional series will run with fierce competition again: the Endurance Series, Clubsport Series, and GT Sprint Series, as was the case last season.

However, the prestigious 24H SERIES ESPORTS will also run under the same association, with a promotion system in place too.

24H SERIES ESPORTS will have a very high demand for entries, and in the future there will be 8 entries up for grabs through the promotion system in the Endurance Series and Clubsport Series.

The Clubsport Series offers 6 of these, with the Top 2 in 992, GT4 and TCR gaining promotion into 24H SERIES ESPORTS at the end of the season.

Another competition, the IVRA Endurance Series, will provide an additional two GT3 entries in the form of promotion at the end of the season.

These two entries will go to the Top 2 in GT3 at the end of the Endurance Series, which will also include a P2 category this season.

Finally, the IVRA GT Sprint Series will be involved with this too, as the Top 2 in the Pro and Pro/Am categories will be provided with promotion to the IVRA Endurance Series for next season.

There will be staggered sign ups this season too, so teams that miss out on 24H SERIES ESPORTS have an opportunity to join an IVRA series, where they will hope to do well enough to gain promotion.

In addition to invites for the esports series, drivers and teams in both 24H SERIES ESPORTS and the three IVRA series will also be competing for tickets, including perks, to real world 24H SERIES events.

It’s an exciting new dawn as IVRA and 24H SERIES ESPORTS begin working together long term, and teams all over iRacing will benefit from this over the 2022/23 season and beyond.