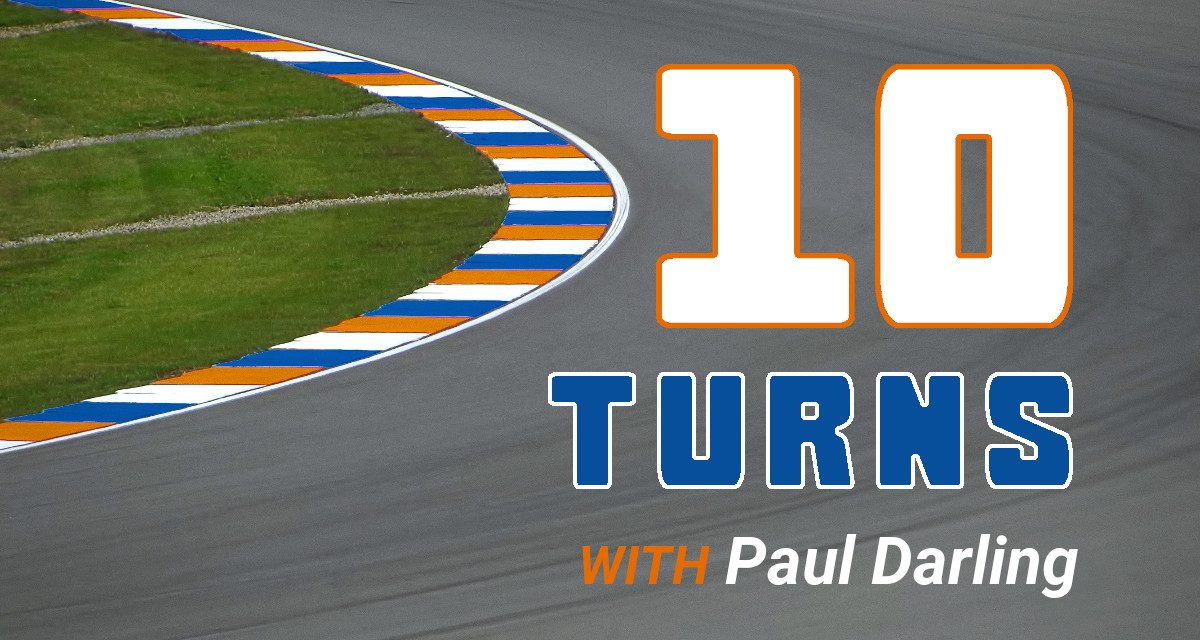 In this edition of 10 Turns, we’re talking with Paul Darling from TNT Racing.

Paul is now in his third season of NEO competition. In the past, we’ve seen him in GTE cars and prototypes, and in this season of the 24H SERIES ESPORTS, he’s competing in the 991 class.

Corey Davis: Paul, thanks a lot for joining me!

Paul Darling: Thank you very much for having me, Corey.

Corey: You guys from TNT have been involved in a lot of close races so far this season. How would you say your performance stacks up with what you were expecting?

Paul: For what we were expecting, I’d say we’re pretty much on par. To be honest, we didn’t have too many expectations going into a brand new car for the team with no prior experience.

Corey: Well you’ve been right in the midfield and had some strong runs, so I hope you guys can keep that up the last two races.

Paul: I’d call us more of a — I don’t know if we can say we’re part of the midfield quite yet. We’re just trying to scrape in for top tens at the back right now.

Corey: Alright, well if you’re ready, let’s get into the 10 Turns.

1. Besides motorsports, what is your favorite sport or esport to watch?

Favorite sport? Probably IMSA. I’m actually a corner worker as well. So I flagged for the Detroit Grand Prix and Mid-Ohio, but I follow IMSA a lot. Pretty much constantly.

We’re recording this on the 24 Hours of Daytona weekend. I guess you’re not making the trip down there?

No, unfortunately I have not been able to make the trip out. It’s just a matter of vacation days with work, is really what it comes down to.

2. What was the last upgrade you made to your sim rig?

Well I just built a new PC a year ago, and with that and needing to handle the Porsche, I upgraded from an ancient 2011 Fanatec CSR to a Fanatec CSW 2.5. That was all pretty much at the same time, so yeah, about a year ago.

So like you say, with the Porsche, do you notice a pretty big difference in the hardware?

I’d say it’s not so much a pace difference. It’s a consistency difference. With the ancient hardware, I could probably hit the same laptime like once every ten laps, but with the CSW, it’s just a massive technology leap where you can just feel the car a lot better.

3. What is your go-to setup adjustment to tune a car to your liking?

For the Porsche, I’d have to go with ride height. Honestly, we’re still kind of scrambling with the setup, though. Clearly our position shows we’re not the best on the setup out there, but ride height is pretty much what we’re trying to play with. And the cambers.

4. If you could run a real-life 24-hour race with any two drivers from any era, any form of motorsports, or even any sim platform, who would you pick as your teammates?

Ooh, that’s tricky. I forgot to think about this one.

I mean, Nicki Thiim would probably be massively amusing to run with right now. I wish we could get an in-car with him live during the race this year. Dang, I’d have to think about that one more.

Are there any of the guys on TNT that you think it’d be fun to run a 24-hour race with?

Oh absolutely. Unfortunately I haven’t been able to meet any of them in real life yet, but if we could get together for Chump Car, which is something we have been talking about, that would be awesome.

5. What is one of your race day routines, rituals, or superstitions?

Oh boy. For rituals, with NEO it’s unfortunately mainly get up early, try and wake up, and then get ready to run. As far as superstitions go, it’s pretty straightforward. You hop in the car, do the best you can. I don’t really have any pre-race routines that I go through.

Yeah, just try to wake yourself up enough.

6. Which car or track from the real-world 24H SERIES would you like to see added to iRacing?

I know it’s not original but I remember all those responses were Dubai, and I know I’ve only seen that track on Real Racing 3, which is not even close to a sim, but it does seem like a very fun and flowy track to experience here.

I guess as long as the pit lane isn’t covered with a foot of water.

Or they’d give us jet skis.

Yeah, that’d be fun too!

7. What is the biggest mistake you’re willing to admit you’ve made in a sim race?

Honestly I think all you have to do is look at the last round at Imola and look at my entire race. That was the worst race I’ve done in I think my entire iRacing career, haha. I had I think five spins. It’s the worst I’ve ever performed in basically in recent memory.

I was just pushing too hard. That race we had worked a ton with the setup and trying to better our pace, and I think I had qualified eighth or ninth or something, but was trying to hold it and tried way too hard. And as soon as you go downhill, it’s like falling down the steps: bang, bang, bang.

We’ll have another question about that in just a minute, but first…

8. What is one item on your sim racing bucket list that you haven’t yet accomplished?

Probably a top-class win in top split in an endurance race. I believe at TNT we have done a win in second split, but we haven’t achieved a top-split win yet, so that would be something on my list.

And out of all the iRacing special events, is there any one that you’d like to win more than the others?

Honestly I think the 24 Hours of Le Mans is probably the most prestigious, even though it’s probably my second-to-least favorite track, but due to the prestige, I guess you’d have to say Le Mans.

9. In this one, we’re going to pull from that Imola experience again. In the last interview, Aldo Massa wanted to know how you keep your composure during a race if things start to go wrong.

Normally I can keep my composure better than last race. I’d say if I make a mistake, usually I can channel the anger and ferocity into something more productive on track for pace, while not taking out other cars, of course. But last race I just couldn’t put it together.

10. Finally, do you have a question I can ask the next person?

How have you gotten over plateaus in your skill level?

That’s really interesting! Paul, that was a lot of fun. Thanks a lot for joining us!

Yeah, thank you very much, Corey.

It’s now race week as we close in on the 6H MONZA,. We’ll have full coverage here on neo-endurance.com and @NEOendurance on Twitter, so stay tuned for all the coverage in the penultimate round of this season.

10 Turns with Craig A. Williams